U.S. oilfield equipment supplier National Oilwell Varco on Friday called the coronavirus a "wildcard" in the oil industry's outlook, with an extended outbreak potentially hurting access to Chinese-make materials and foreign sales.The Houston-based company said further shutdowns at its Chinese suppliers could limit its production of certain products such as fiberglass resins and drilling pipe.For now, National Oilwell has the latitude to make up lost ground…

ADNOC to Buy Dozens of Rigs 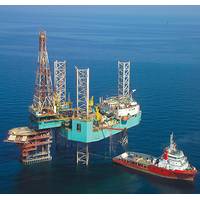 The Abu Dhabi National Oil Company (ADNOC) said its drilling subsidiary will acquire dozens of rigs to support that national oil company’s upstream growth plans.In the first phase of the wider fleet expansion program, ADNOC acquired, in November 2019, four technologically advanced and UAE-built land rigs with a total value of over AED 350 million ($100 million). Following the integration of the four rigs, which will join the fleet in the first quarter of 2020… 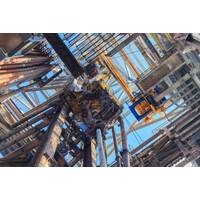 Oilfield equipment and service provider National Oilwell Varco has begun trimming its workforce for the second time this year, two people familiar with the matter said this week, as oil producers cut spending budgets.The Houston, Texas-based company last quarter rolled out a voluntary early retirement program and said it was reorganizing operations to reduce costs as part of a broader restructuring plan. The latest cuts…

OPITO, the global, not-for-profit skills body for the energy industry, has appointed Brandon Grosvenor to the new role of vice president of strategic development for the Americas region.He had previously spent more than a decade with National Oilwell Varco in Houston, most recently as a global business development manager. Mr Grosvenor also served in various roles within the global training organization where he created and implemented training programmes and developed skills assessments.More than 350… 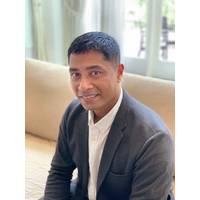 OPITO, a global, not-for-profit skills body for the energy industry, has appointed Hart Victor in the role of vice president of strategy for the Asia Pacific region.Victor had previously spent more than a decade with National Oilwell Varco (NOV) as regional training manager for Asia where he supported the growth of the team from 50 to over 1,000 people, as well as establishing new safety training centers in the region.Victor… 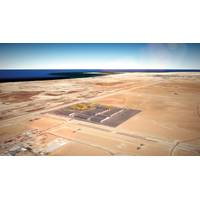 Saudi Aramco and National Oilwell Varco Incorporated (NOV) recently held the first Arabian Rig Manufacturing (ARM) Board of Managers meeting.ARM is a newly formed company, a joint venture (JV) between NOV (owning 70% of the JV’s shares) and Saudi Aramco. Highlights of the meeting included the appointment of senior officials and the approval of the company’s branding strategy.The JV partnership will establish a world-class onshore rig and equipment manufacturing and aftermarket facility in Ras al-Khair… 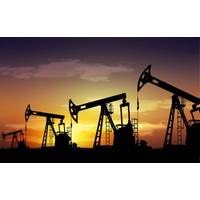 Saudi Aramco signed a deal with National Oilwell Varco Inc. (NOV) to form a joint venture to make onshore rigs and equipment in Saudi Arabia, the state-owned Saudi energy firm said. Saudi Aramco will own 30 percent of the venture, while the rest will be owned by NOV, the statement said. Aramco, the world's biggest oil producing company which the Saudi government plans to list in the kingdom and abroad, has been seeking to expand its operations with new downstream and associated industry investments. 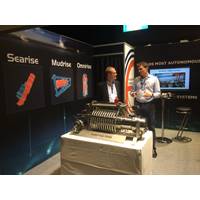 Ask an equipment manufacturer for cheap, light and strong, and most will tell you it can’t be done. Fuglesangs Subsea, project manager for the JIP, will tell you otherwise. “We think we’ve cracked the code,” said CEO Alexander Fuglesang. Statoil joins Aker BP, Lundin and National Oilwell Varco in the DEMO2000 JIP. The project aims to bring the Fuglesangs Subsea Omnirise single-phase booster to market by early 2019. “Once we eliminated the single biggest problem with subsea pumps… 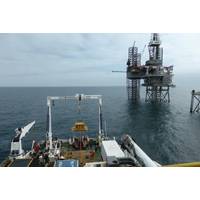 The oil industry's top equipment and services suppliers this week are hawking vastly cheaper ways of designing and equipping subsea wells, aiming to slash the cost of offshore projects to compete with the faster-moving shale industry. At the Offshore Technology Conference, the industry's annual gathering of floating rig and subsea well suppliers, sales pitches this year are all about cost savings and faster time to first production. With U.S.

Reference is made to the stock exchange release dated October 27, 2016 regarding Akastor's agreement to sell Fjords Processing to National Oilwell Varco. All closing conditions have been fulfilled. The closing of the transaction took place on December 16, 2016 according to the terms and conditions described in the release. The transaction will realize an accounting gain of approximately NOK 650 million to Akastor, and will be recognized in the fourth quarter results.

National Oilwell Varco, Inc. (NOV) announced today that it has entered into a definitive agreement to acquire the completion tools business of Trican Well Service Ltd. The business designs and sells a range of innovative and patented downhole tools for multi-stage fracturing and multi-zone completions in North America and select international markets. Closing of the transaction is expected on or around June 30, 2016 and is subject to customary regulatory approvals.

National Oilwell Varco Inc, the largest U.S. provider of oil drilling equipment, said on Thursday it slashed 6,000 jobs in the first quarter as weak oil prices forced its customers to cut production and exploration. The company received no new rig orders for the second quarter in a row in the three months ended March 31, Chief Financial Officer Jose Bayardo said on a call with analysts. Houston-based National Oilwell had 50,197 employees as of Dec. 31.

Algerian state energy company Sonatrach has awarded U.S. oil service firms Schlumberger and National Oilwell Varco contracts for managing well operations, a Sonatrach document seen by Reuters showed. Schlumberger was awarded a $25 million contract for technical assistance and NOV won a $45 million contract after being pre-selected in 2015 by Sonatrach's drilling division, the document said. U.S. service companies Halliburton and Baker Hughes did not get any agreements in this selection, according to the document.

U.S. oilfield equipment maker and service provider National Oilwell Varco Inc will cut its Norwegian workforce by another 520 people after low oil prices resulted in fewer orders, the company said in a statement on Friday. The latest round of cuts will reduce the company's staff in Norway to less than 2,000, down from almost 5,000 at the height of the oil industry's boom two years ago. "The uncertain market situation means that we cannot say how extensive the downsizing process will be in the long run," NOV said.

National Oilwell Varco Inc, the largest U.S. oilfield equipment maker, said it would cut its quarterly dividend to 5 cents per share from 46 cents, as it struggles to cope with a prolonged slump in oil prices. The company cut its quarterly dividend by 89 percent, saying that market conditions continued to deteriorate through the first quarter. A prolonged oil price slump, of more than 60 percent since its peak in 2014, has forced many companies to slash or scrap dividends, lay off employees and cut executive pay.

The latest blow to the energy industry's collective psyche has been inflicted by National Oilwell Varco Inc, with the giant oilfield equipment maker warning the pace of drilling and fracking will only slow more as 2016 drags on. A 70 percent drop in crude prices since mid-2014 has affected not only NOV but dozens of others throughout North America's oil patches, prompting tens of thousands of layoffs, eroding profits, depleting state and local tax revenue and, in a handful of cases, causing bankruptcies.

National Oilwell Varco Inc, the largest U.S. oilfield equipment provider, reported a loss for the fourth quarter, compared with a profit a year earlier, as it took a $1.63 billion charge. Operating margins at the company's rig systems business, which accounted for nearly 40 percent of its total revenue, fell to 15.8 percent in the quarter ended Dec. 31, from 20 percent a year earlier. National Oilwell said the charge it recorded in the quarter included inventory write-downs, severance and facility closure costs.

For U.S. oilfield services companies suffering the worst revenue slump in decades it would at first seem like a lifeline: The lifting of sanctions on Iran by six world powers reopened the door for their foreign units to return to the OPEC member that needs help to develop its oil reserves. Iran, home to the world's fourth largest crude reserves, is embarking on a $185 billion effort to revive oil and gas projects by 2020 after sanctions halved the country's oil exports and led to neglect of its energy infrastructure.