ADNOC to Buy Dozens of Rigs 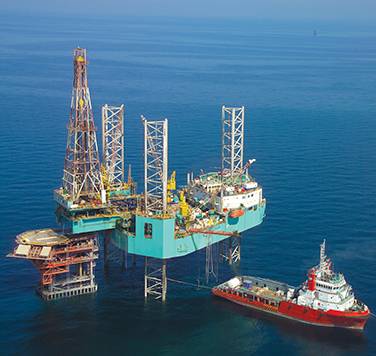 In the first phase of the wider fleet expansion program, ADNOC acquired, in November 2019, four technologically advanced and UAE-built land rigs with a total value of over AED 350 million ($100 million). Following the integration of the four rigs, which will join the fleet in the first quarter of 2020, ADNOC Drilling plans to acquire dozens of additional land, offshore, and island rigs by 2025, the company said.

Abdulmunim Saif Al Kindy, ADNOC Upstream Executive Director and Chairman of the Board of Directors of ADNOC Drilling, said, “ADNOC Drilling’s rig fleet expansion underscores ADNOC’s drive to unlock and maximize value from Abu Dhabi’s vast hydrocarbon resources and will further improve drilling and well-completion efficiencies. The program is a pivotal enabler of our plans to substantially increase drilling for conventional oil and gas as well as considerably ramp up the number of unconventional wells, as we grow our oil production capacity and work to achieve gas self-sufficiency for the UAE.

“This major rig expansion program cements ADNOC Drilling’s position as the largest drilling company in the Middle East and the region’s first fully Integrated Drilling Services (IDS) company and will support ADNOC’s target to achieve a crude oil production capacity of 5 million barrels per day by 2030.”

The four new rigs acquired in November 2019 were manufactured in the UAE by National Oilwell Varco (NOV) (NOV) and will be deployed in ADNOC’s onshore fields, which currently contribute more than 50% of ADNOC’s daily Murban oil production capacity. Acquiring UAE-built rigs, underpins ADNOC’s In-Country Value strategy, aimed at the growth and diversification of the UAE’s economy. The rig additions take the value of UAE-built rigs in ADNOC Drilling to more than AED 7 billion ($1.9 billion).

Abdalla Saeed Al Suwaidi, CEO of ADNOC Drilling, said, “Our rig fleet has expanded more than three-fold in less than a decade, from 29 rigs in 2010 to our current 95 rigs. The next phase of expansion will further strengthen ADNOC Drilling’s capabilities and reinforce our key role of supporting the ADNOC Group in capturing more value from every barrel of oil it produces. In addition, the possession of modern, diverse, and technologically advanced rigs enhances our operational efficiency as we amplify our drilling activities in line with ADNOC’s 2030 smart growth strategy and a more profitable upstream.”

Following the award to Baker Hughes of a 5% share in ADNOC Drilling in 2018, ADNOC Drilling transformed into a fully integrated drilling services (IDS) business that is capable of delivering start-to-finish drilling and well-construction.

The company’s service offering encompasses the entire drilling value chain by integrating a wide range of oilfield services, capturing more value from ADNOC’s upstream growth and the substantial increase in the number of wells required as a result. The application of IDS has enhanced drilling performance by up to 25%, resulting in considerable cost savings and increased well profitability, ADNOC said.