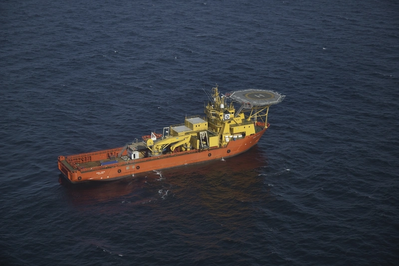 Environmental campaign group ClientEarth has filed a complaint with a court in Sweden to block the construction through Swedish waters of the Nord Stream 2 gas pipeline intended to transport Russian gas to Germany, it said on Wednesday.

Sweden approved the pipeline in June, but ClientEarth's complaint argues that the Swedish Ministry of Enterprise and Innovation failed to consider the impact the project would have on wildlife in the Baltic Sea.

The work involves detonating World War Two bombs on the sea floor along the project's 510 km route in Sweden and ClientEarth said that could cause serious harm to marine mammals, including protected harbour porpoises.

Gazprom-owned Nord Stream 2 AG spokesman Lars Grönstedt said that as project operator it had already addressed concerns raised by the Environmental Protection Agency by conducting additional tests on marine life during the application.

"The fact that we... responded to further questions from the Ministry regarding this very issue and... (got clearance) means that we feel that we've already conducted an enormous amount of environmental analysis," he said.

He added that the impact on the cost of and timeline for the project was impossible to say, especially if the court ordered a stay order.

The Swedish Government Offices and the Supreme Administrative Court did not immediately comment on the matter.

Russia is keen to press ahead with the project since it has the potential to double its gas exports under the Baltic Sea to Germany by bypassing Ukraine, but the United States has threatened sanctions against the project.

Last week, Swedish politicians said they would like the project to be halted as it would have negative environmental and security ramifications.

However, the 9.5 billion euro pipeline has been officially cleared by Sweden as well as Finland, Germany and Russia. Denmark has expressed some reservations.

The group had also filed a complaint in Finland in May, but the spokeswoman said there was no indication as to when a decision for that case would be announced.

Reporting by Esha Vaish in Stockholm and Sabrina Zawadzki