Oil rose on Wednesday, with Brent above $40 for the first time since March, as optimism mounted that major producers will extend output cuts and a recovery from the coronavirus pandemic will spur fuel demand.Brent crude futures for August were up 78 cents, or 2%, at $40.35 a barrel, by 0636 GMT. The contract climbed to as high as $40.53, the highest since March 6, after gaining 3.3% on Tuesday.U.S. 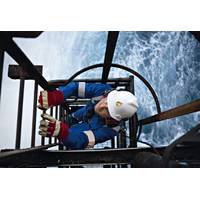 Oilfield services provider Petrofac Ltd guided to a more than 5% fall in full-year revenue on Tuesday, with delays in bidding processes constricting order intake in its biggest segment during the second half.Petrofac, which designs, builds and operates oil and gas facilities, said revenue for the year ending Dec. 31 would be $5.5 billion, down from $5.8 billion a year earlier.Backlog stood at $7.4 billion as at Nov. 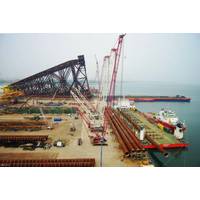 Petrofac Ltd on Wednesday reported a fall in first-half order intake and forecast lower 2020 revenue, citing uncertainty relating to an investigation into the oilfield services company's dealings in Saudi Arabia and Iraq.Petrofac, which designs, builds and operates oil and gas facilities, said in June it had lost out on $10 billion worth of contracts globally due to the investigation by Britain's Serious Fraud Office (SFO)… 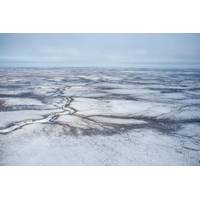 Russian oil producer Gazprom Neft has secured hydrocarbon exploration, development and production rights to the Leninsky license block in the Gydan Peninsula.The Leninsky license block is located in the Gydan Peninsula in the Taymyrsky district of the Krasnoyarsky Krai, bordered on one side by the Tazovsky district of the Yamalo-Nenets Autonomous Okrug and on the other by the Kara Sea.The total size of the block is 3,650 square kilometres.

Port Corpus Christi to benefit from LNG partnership with China 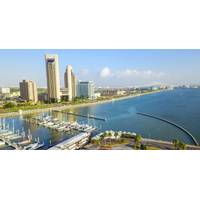 Port Corpus Christi officials are confident that the agreement signed between Cheniere Energy of Houston and China National Petroleum Corporation (CNPC) will bring increased traffic to the port, according to the San Antonio Business Journal. Officials from Cheniere accompanies President Trump on his tour to China and signed a Memorandum of Understanding with the Chinese company. CNPC…

Iraq forces move into oil-rich, Kurdish-held Kirkuk. Oil markets jumped on Monday as Iraqi forces entered the oil city of Kirkuk, taking territory from Kurdish fighters and raising concerns over exports from OPEC's second-largest producer. Iraq launched the operation in the multi-ethnic region on Sunday as the crisis between Baghdad and the Kurdish Regional Government (KRG) escalated. Tensions have been building since the KRG voted for independence in a Sept. 25 referendum.

Petrofac Ltd said Oman's Duqm Refinery and Petrochemical Industries awarded a $2 billion contract to the British oilfield services company's 50:50 joint venture with Samsung Engineering, sending its shares up as much as 9.5 percent. The 47-month project includes engineering, procurement, construction, training and start-up operations for all utilities at Duqm, the Middle East-focused company said on Friday. 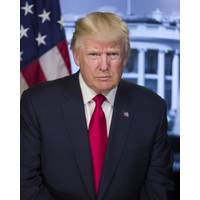 U.S. President Donald Trump will sign an executive order on Tuesday to undo a slew of Obama-era climate change regulations, a move meant to bolster domestic energy production and create jobs, but environmentalists say the order is dangerous and vow to challenge it in court. The decree's main target is former President Barack Obama's Clean Power Plan, requiring states to slash carbon…

The Alberta Energy Regulator (AER) suspended licences on all oil and gas well facilities and pipelines belonging to Lexin Resources Ltd on Wednesday, nearly doubling the number of orphaned wells in Canada's main crude-producing province. The provincial regulator ordered privately-held Lexin to cease all production, saying it failed to comply with multiple orders and lacked enough staff to manage its more than 1,600 sites.

US Completes Rule to Curb Methane from Federal O&G Production

The Environmental Protection Agency on Thursday published the first U.S. regulations to target methane emissions from new or modified oil and gas facilities, one of the key remaining pieces of the Obama administration's climate change strategy. The rule, first proposed last August, outlines safeguards for preventing the escape of methane from new and modified oil and natural gas infrastructure, the largest source of those emissions in the United States.

A military confrontation will not end a series of attacks on oil and gas facilities in Nigeria's Delta region, a state committee said on Thursday. "There is a consensus that a military option/invasion would not help resolve the issue," said the committee set up by Delta state in the southern region after meeting local communities. "The ...

Militants launched a fresh round of attacks on oil pipelines in Nigeria's southern Niger Delta energy hub belonging to Italy's Eni and Aiteo, Nigerian security forces, Eni and a militant group said. The attacks are the latest in a spate targeting oil and gas facilities in the OPEC member's Niger Delta region over the last few months which briefly pushed oil production this spring to 30-year lows.

Nigerian militant group Niger Delta Avengers, which has claimed responsibility for the majority of a recent spate of attacks on oil and gas facilities in the country, said late on Monday that it blew up an Exxon Mobil Corp facility. The militants, whose attacks briefly pushed Nigeria's crude production to 30-year lows in spring, said they want a greater share of the OPEC member's energy wealth to go to the impoverished southern Niger Delta…

A Nigerian union representing oil workers has suspended a strike that some feared would lead to fuel shortages and disrupt crude production, one of its leaders said on Wednesday. The strike by about 10,000 members of the Petroleum and Natural Gas Senior Staff Association of Nigeria (PENGASSAN), which includes refinery workers and office staff, began on Thursday over issues that include oil sector reforms and pay.

Nigeria's economy, the biggest in Africa, is likely to contract by 1.8 percent this year, the International Monetary Fund (IMF) said on Tuesday, as the country grapples with the impact of low oil prices. The sharp fall in global prices since 2014 has led to a prolonged economic crisis since the crude sales make up around 70 percent of government revenue. The IMF's projection for this year…

Nigeria is assuming an oil benchmark price of $42.5 per barrel for 2017, $45 in 2018 and $50 in 2019 for its budget calculations, the budget minister said on Monday. Nigeria, an OPEC member, has been hit by a series of attacks on oil and gas facilities in the southern Niger Delta energy hub since January that have cut oil production, which was 2.2 million barrels per day (bpd) at the start of the year, by 700,000 bpd.

Militants have blown up a crude oil pipeline operated by Nigeria's state oil firm NNPC in the Niger Delta, a youth leader said on Monday, the latest in a series of attacks on oil and gas facilities in the restive region. "The attack on the Afiesere-Ekiugbo delivery line belonging to the NPDC shoreline happened yesterday," said Lucky Solue, a youth leader, referring to a unit of NNPC. There was no immediate information on any impact on production.