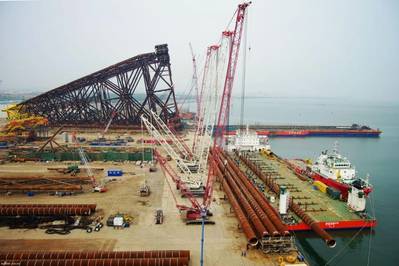 Chinese oil and gas techincal services company Jutal Offshore Oil Services has announced that the company has obtained a slew of new contracts with total value of RMB3.5bn ($490mln).

The number of new contracts include large-scale core modules construction of Arctic LNG 2 natural gas project, wind turbine jacket construction, and other offshore engineering and services said the company engaged in the fabrication of oil and gas facilities and oil and gas processing skid equipment business.

Pursuant to the Contract, Penglai Jutal will provide core compression and power generation modules,  which will be the largest currently found in the industry, for the first two trains of Arctic LNG 2 project, a major liquefied natural gas project in the Arctic region, with a contract amount over RMB3 billion.

Liberia Lines Up 2020 Offshore Licence Round

The Liberia Petroleum Regulatory Authority (LPRA), has announced the launch of the next licensing round, expected to commence…