North American energy infrastructure company Sempra Energy and Saudi Aramco's Aramco Services Company, signed an Interim Project Participation Agreement for the Port Arthur LNG export project under development in Jefferson County, Texas.According to a press release, the IPPA represents another milestone for both companies after having signed a heads of agreement in May last year for the purchase of 5 million tonnes per annum (Mtpa) of liquefied natural gas (LNG) and a 25% equity investment in the Port Arthur LNG project.Jeffrey W. 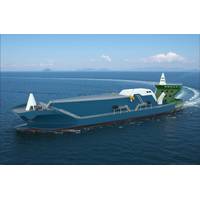 Global downstream gas and LNG logistics company Atlantic Gulf & Pacific (AG&P) has made a strategic equity investment in Norway-based Kanfer Shipping.Kanfer is a developer of small-scale LNG sea transportation, maritime break-bulk solutions, floating storage facilities as well as LNG bunkering. Together, Kanfer and AG&P will make LNG more accessible and commercially viable for downstream customers in new and growing natural gas markets."Kanfer has captured the attention of the global LNG maritime infrastructure industry with its patented… 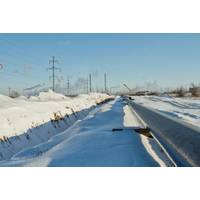 U.S. homes and businesses will likely use record amounts of natural gas for heating on Wednesday as an Arctic-like freeze blankets the eastern half of the country, according to energy analysts.Harsh winds brought record-low temperatures across much of the Midwest, unnerving even residents accustomed to brutal winters and keeping them huddled indoors as offices closed and mail carriers halted their rounds.That brutal cold could also temporarily reduce gas production by causing freeze-offs in the Marcellus and Utica shale… 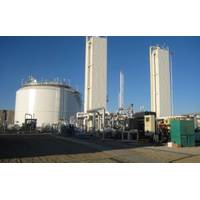 The engineering, procurement and construction management (EPCM) firm serving the liquefied natural gas (LNG), petroleum gas (LPG) and natural gas (NG) industries, CHI Engineering Services is aquired by engineering consulting NV5 Global, Inc.CHI’s client base includes the majority of LNG facility owner/operators in the US. The acquisition will complement NV5’s rapidly growing power group in the West and drive the expansion of energy services nationwide.The $55 million acquisition is evaluated at approximately six times trailing EBITDA and will be made with a combination of cash and stock.

The evolution of the global natural gas market, which has been driven by the growth in liquefied natural gas (LNG) demand, continues to change the relationship between buyers and sellers, and raises new challenges for the global security of energy supplies.Global natural gas markets are being reshaped by the development of major emerging LNG buyers led by China, and the rising production and exports from the United States. The third annual edition of the International Energy Agency’s Global Gas Security… 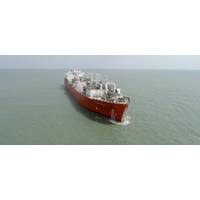 Excelerate Energy Bangladesh completed the commissioning of its Moheshkhali Floating LNG (MLNG) terminal – Bangladesh’s first liquefied natural gas (LNG) import facility – signifying the official commencement of operations for the project.This milestone was achieved approximately 25 months after the execution of project agreements, which took place in July 2016, with the state-owned Bangladesh Oil, Gas & Mineral Corporation (Petrobangla) and 13 months following the receipt of all permits required to achieve financial close in August 2017 with its lenders… 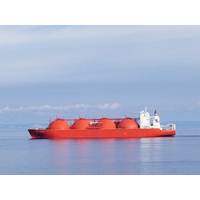 Liquefied natural gas (LNG) is supposed to be a deeply over-supplied market, but it doesn't appear to be behaving as such in the major consuming region of Asia with strongly rising prices amid robust demand growth. In fact LNG currently looks much more like an under-supplied market, where spot buyers are forced to bid more for increasingly difficult to source cargoes ahead of the peak winter demand period in the northern hemisphere. It may well be the case that the current increase in the Asian spot price <LNG-AS> is the last hurrah before new supply does indeed swamp demand growth.

Japan's Osaka Gas plans to raise its resales of liquefied natural gas (LNG) to third parties to 3 million tonnes a year by 2020, a top executive said on Wednesday, a move that would create more liquidity to Asia's emerging natural gas markets. Most Asian LNG is supplied under fixed term contracts that include destination clauses that do not allow an importer to re-sell cargoes. But amid an abundance of supply that has emerged over the last two years, LNG producers have come under increasing pressure to allow the fuel to be traded more freely.

U.S. Energy Secretary Rick Perry's attempt to save the coal and nuclear industries by proposing a new grid resiliency rule is making for some odd bedfellows across the energy sector. The proposed grid resiliency rule threatens to turn two of the Trump administration's most loyal groups of supporters against one another, as the gas and coal industries square off for a fight over market share. The White House has celebrated the growth in domestic gas production and associated reduction in greenhouse emissions but also wants to rescue coal and nuclear producers.

Petronas' decision to cancel its Pacific NorthWest LNG project is a blow to the growth outlook for Canada's largest shale play, eliminating a potentially huge source of future gas demand. Gas from the Montney shale play in western Canada would have supplied the C$36 billion ($28.7 billion) project in northern British Columbia. The project, majority-owned by Malaysia's Petronas, would then have shipped 12 megatonnes per year of liquefied natural gas to Asia. Instead, state-owned Petroliam Nasional Bhd (Petronas)… 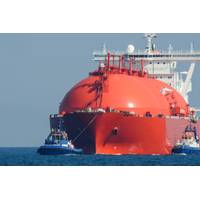 A spat brewing between Qatar, the world's No.1 producer of liquefied natural gas (LNG), and its biggest customers in Japan underscores rising tensions between buyers and sellers of the super-chilled fuel as a supply glut unbalances the market. Importers of LNG having been pushing for greater benefits amid the surplus, signing new, cheaper contracts that give them more flexible terms, while exporters try to preserve long-term supply deals written in their favour during tighter markets. Worried some buyers are becoming too bold in their push for an advantage…

With the United States about to become a net exporter of natural gas for the first time in 60 years, Intercontinental Exchange Inc said on Wednesday it would begin trading the first-ever U.S. liquefied natural gas futures contract in May. ICE said the contracts would be cash-settled against the Platts LNG Gulf Coast Marker price assessment and use Platts-derived U.S. GCM LNG forward curves for daily settlement purposes. The curves will have an initial term of 48 months. "Domestic and international market…

A smooth start to operations at BG Group's Australian project in Queensland is expected to help the British company to roughly double its liquefied natural gas (LNG) supplies in 2015/16, it said on Wednesday. Seven cargoes have been shipped since December from the Queensland Curtis LNG facility, said Steve Hill, BG Group's head of global energy marketing and shipping. The plant is expected to stop operations for about a week of maintenance in the near term before ramping up to full capacity, allowing it to ship about one cargo a week.

The Federal Energy Regulatory Commission (FERC), on Friday, published its final environmental review of the proposed 124-mile natural gas Pipeline of Constitution Pipeline Company, LLC. The project, targeted to be complete by late 2015 or 2016, involves the construction and operation of 124 miles of 30-inch-diameter natural gas pipelines from northeast Pennsylvania. The project is designed to connect New England natural gas markets via an interconnect with the existing Tennessee Pipeline, and New York's natural gas supply options via an interconnect with the existing Iroquois Pipeline, an emailed statement by the company said.

Energy reform could increase Mexico’s long-term oil production by 75%, considers the US Energy Information Administration (EIA). On August 11, Mexico's president signed into law legislation that will open its oil and natural gas markets to foreign direct investment, effectively ending the 75-year-old monopoly of state-owned Petróleos Mexicanos (Pemex). These laws, which follow previously adopted changes in Mexico's constitution to eliminate provisions that prohibited direct foreign investment in that nation's oil and natural gas sector, are likely to have major implications for the future of Mexico's oil production profile.

A U.S. subsidiary of French energy firm GDF Suez SA is being sued by two energy firms alleging GDF Suez manipulated the Texas power market, costing the firms more than $20 million in losses. GDF Suez Energy North America, Inc. said in a court filing on Monday that it is seeking dismissal of the lawsuit. In addition, the U.S. Commodity Futures Trading Commission has been investigating GDF Suez's conduct in the Texas power market since at least late 2013, according to trade publication Energy Risk. Officials at GDF Suez did not immediately return calls seeking comment. The CFTC declined to comment.

The Subcommittee on Energy and Power today approved H.R. 6, the Domestic Prosperity and Global Freedom Act, by a vote of 15 to 11. Authored by Rep. Cory Gardner (R-Colo.), the legislation would cut through the red tape blocking exports of U.S. liquefied natural gas (LNG). H.R. 6 grants immediate approval of complete export applications currently filed with the Department of Energy and modifies the process moving forward to ensure exports to our allies are no longer subject to unnecessary delays. The need…