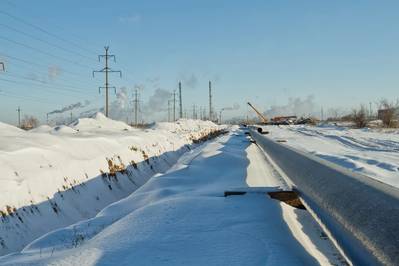 U.S. homes and businesses will likely use record amounts of natural gas for heating on Wednesday as an Arctic-like freeze blankets the eastern half of the country, according to energy analysts.

Harsh winds brought record-low temperatures across much of the Midwest, unnerving even residents accustomed to brutal winters and keeping them huddled indoors as offices closed and mail carriers halted their rounds.

That brutal cold could also temporarily reduce gas production by causing freeze-offs in the Marcellus and Utica shale, the nation's biggest gas producing region, in Pennsylvania, Ohio and West Virginia, the analysts warned.

Freeze-offs occur when water and other liquids in gathering lines freeze, blocking the flow of gas.

Overnight lows on Wednesday-Friday will drop to -20 Fahrenheit (-29 Celsius) in Chicago and the single digits along the East Coast from New York to Boston, according to AccuWeather, a weather forecaster.

The cold, however, will be short lived with high temperatures in New York and Chicago expected to rise into the 40s F this weekend. The normal high at this time of year is 32 in Chicago and 39 in New York.

Financial data provider Refinitiv predicted gas demand in the Lower 48 U.S. states would hit a daily record of 145.2 billion cubic feet per day (bcfd) on Wednesday as consumers crank up their heaters to escape the bitter cold.

One billion cubic feet is enough gas to supply about five million U.S. homes for a day.

In early estimates, gas production in the Lower 48 states will slip about 0.9 bcfd to 85.8 bcfd on Wednesday, according to Refinitiv.

That is the lowest daily output since Enbridge Inc started to restore flows through some gas pipes in Ohio following a pipeline explosion there on Jan. 21.

"Based on our analysis of historical freeze-offs, temperature conditions forecasted for Jan. 30-31 pose a risk of a freeze-off occurring in the Marcellus/Utica...in the ballpark of 1 bcfd," said Rishi Iyengar, senior analyst natural gas markets at IHS Markit's OPIS PointLogic.

In early estimates, Marcellus/Utica production was down about 0.7 bcfd to 29.6 bcfd on Wednesday, according to Refinitiv.

Iyengar said current forecasts were not cold enough to impact production in the Bakken shale in North Dakota because drillers there have invested in equipment needed to handle extremely low temperatures.

In the spot market, next-day prices for Wednesday for power at PJM West in western Pennsylvania and gas in Chicago both rose to their highest in a year as demand for heating spiked.

PJM, the electric grid operator for all or parts of 13 states from New Jersey to Illinois, forecast power demand would reach about 142,000 megawatts (MW) on Thursday, approaching the region's all-time winter peak of 143,295 MW on Feb. 20, 2015.

PJM said it has "robust reserves and does not expect to have any capacity issues" in meeting demand.

One megawatt can power about 1,000 homes. 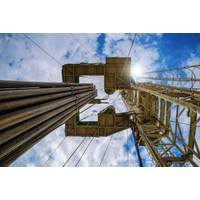