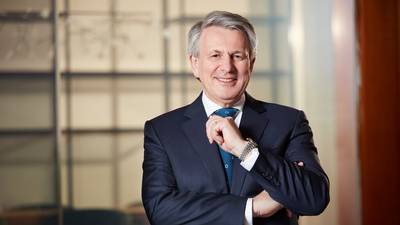 Royal Dutch Shell has proposed linking its directors' pay more closely to the group's climate performance and severing the link between bonuses and liquefied natural gas (LNG) production volumes, it said on Monday.

The weighting of Shell's energy transition performance on its targeted path to net zero emissions by 2050 would double to 20% of the directors' long-term incentive plan calculation if shareholders vote for the plan at a meeting on May 18.

This places Shell's efforts to curb its planet-warming emissions on an equal footing with financial metrics such as free cash flow generation when it comes to remunerating directors in Shell shares.

The weighting of the energy transition metric to calculate directors' bonuses would increase to 15% from 10% under the changes.

Shell, which paid its Chief Executive Ben van Beurden no bonus in 2020, also proposed not to raise his salary in 2021.

Shell said its carbon emissions peaked in 2018 at around 1.7 billion tonnes, including greenhouse gases from oil and gas products Shell did not produce itself but sold to its customers. Other oil majors such as BP exclude such emissions from their climate reporting.