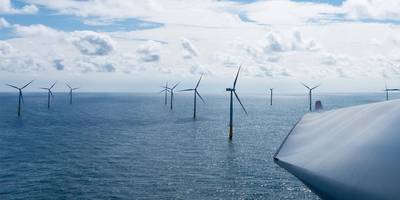 SGRE was selected by EDF Renewables North America to supply turbines for the Coyote and Oso Grande projects, located in the United States. The deals further confirm the commercial success of the SG 4.5-145 and feature a service and maintenance agreement for Siemens Gamesa’s premium maintenance program, offering the best in scale and flexibility to maximize energy asset returns.

The Oso Grande wind project will also utilize 48 SG 4.5-145 and 13 SWT-2.3-108 wind turbines, and is located in New Mexico, about 43 miles southeast of Roswell. The commissioning of the wind farm is scheduled for the last quarter of 2020.

The SG 4.5-145 offers a flexible power rating from 4.2 MW to 4.8 MW depending on site conditions and has a rotor diameter of 145 meters. The 71-meter blade integrates aerodynamics and noise reduction features—including Siemens Gamesa DinoTails® Next Generation technology—to guarantee a high production of energy and reduced noise emission levels. This turbine model is optimized for medium wind onshore locations to maximize energy production.

“We are extremely proud to partner with EDF Renewables North America on these important orders for the SG 4.5-145 wind turbines in the U.S.,” said José Antonio Miranda, CEO of Onshore Americas at Siemens Gamesa Renewable Energy. “This new generation turbine offers best-in-class LCoE based on proven technology and evidences our commitment to continued innovation.”

Art Del Rio, Vice President, Wind Technology Strategy at EDF Renewables commented, “The evolution of our partnership with Siemens Gamesa to include this new technology is a significant milestone for both companies as it contributes to our long-standing efforts to reduce LCoE. This new SG 4.5-145 turbine is the ideal fit for the Coyote and Oso Grande projects, helping EDF Renewables achieve the value necessary to build a competitive project.”

In total, Siemens Gamesa has provided turbines with an output capacity of more than 19 GW in the U.S. and has a strong U.S. footprint consisting of manufacturing, service and offices.

Spanish electric utility company Iberdrola will build its next wind farm in the country at the Herrera Complex, featuring…