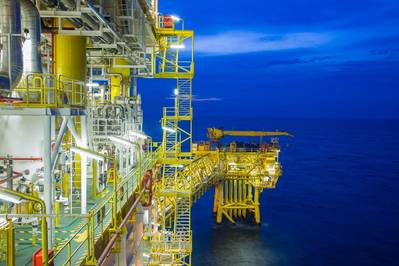 Oil edged further above $67 a barrel on Monday, supported by the prospect of prolonged OPEC-led oil supply curbs though concern that an economic downturn may dent fuel consumption curbed gains.

OPEC and non-OPEC ministers who met in Azerbaijan to monitor their oil supply-cut accord said they planned to exceed their commitments. Saudi Arabia signaled OPEC may need to extend the curbs until the end of the year.

Concern about weaker economies and demand limited the rally, as did a recommendation from the OPEC panel in Azerbaijan that their April meeting be cancelled, meaning the next meeting of the producer group known as OPEC+ won't be until June.

Japan's exports fell for a third month in February and U.S. manufacturing output fell. Analysts at Bernstein Energy said on Monday that while they expect oil demand to rise by 1.3 million barrels per day (bpd) in 2019, a global slowdown could limit growth to below 1 million bpd.

Nonetheless, Brent still has gained around a quarter since the start of the year due to the supply cuts since Jan. 1 led by the Organization of the Petroleum Exporting Countries and allies such as Russia, and U.S. sanctions on Iran and Venezuela.

"The strategy of OPEC+ already appears to be bearing fruit," said analysts at Commerzbank in a report.

On Sunday, Saudi Arabia signaled the producers may need to extend the supply curbs of 1.2 million bpd, which last until June, into the second half of 2019.

"As long as the levels of inventories are rising and we are far from normal levels, we will stay the course, guiding the market towards balance," al-Falih said.

Rising oil output in the United States has helped to offset the OPEC-led curbs.

U.S. crude oil production increased at the start of 2019, hitting a record 12.1 million bpd in February, data from the Energy Information Administration showed.