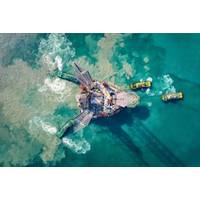 Newly licensed offshore oil and gas exploration acreage is likely to fall by about 60% and onshore acreage by 30% compared with 2019 levels, Rystad Energy has said, as the Norwegian energy market analytics company expects more than half of the world’s planned licensing rounds to be canceled this year due to the combined effect of the COVID-19 pandemic and the low oil prices."This year was slated to be another remarkable year for exploration with about 45 countries launching at least 52 lease rounds, about 60% of them in offshore areas.

Dr Medard Kalemani, Tanzania’s Minister of Energy, has confirmed the recently announced plans for a syndicate of oil companies to commence construction of the $30bn LNG project in 2022.In March, the government stated that it planned to complete negotiations with a group of international oil companies in September to develop the project.Led by Norwegian energy firm, and Platinum Sponsor of the Congress, Equinor, the group also consists of Royal Dutch Shell, ExxonMobil, Ophir Energy and Pavilion Energy.These international companies will work closely on the project… 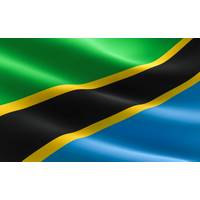 The former head of Tanzania's state company oil is being reinstated by Tanzanian President John Magufuli, after the executive was suspended in 2016 over claims of abuse of office, the presidency said.James Mataragio, who was the managing director of the Tanzania Petroleum Development Corporation (TPDC), was suspended by the company's board from his post in August 2016.The statement by the president's office, seen by Reuters on Tuesday, gave no reason for his reinstatement. Mataragio had no immediate comment.Together with four other TPDC executives who were suspended at the same time… 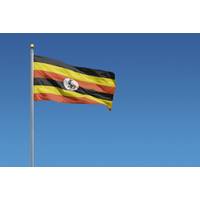 Uganda expects to begin producing oil in 2022, its energy minister Irene Muloni said on Wednesday, indicating a slight delay from the east African country's revised target of 2021.Uganda discovered crude reserves more than 10 years ago but production has been repeatedly delayed by disagreements with field operators over taxes and development strategy.A lack of infrastructure such as a transportation pipeline and a refining facility have also held up output."Production we are now looking at by 2022…

Wood Mackenzie Research Director, Angus Rodger, provides insight on a of UK-listed Ophir Energy by Indonesia's Medco Energi."On the first day of 2019, Ophir announced it was in talks with Indonesia's Medco Energi regarding a cash takeover. No amount or other details have yet been released, other than Medco has to make a clear binding offer by the 28th of January if a deal is to proceed. Ophir's upstream portfolio includes assets in Thailand, Vietnam, Indonesia, Malaysia, Equatorial Guinea and Tanzania. 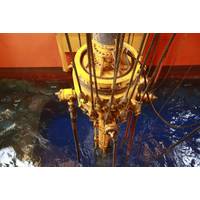 Medco Energi Internasional Tbk PT would boost its valuations and gain access to international assets if its potential takeover of London-listed Ophir Energy occurs, analysts said on Wednesday.Medco confirmed this week that it was in talks with Ophir about a possible cash offer for the oil and gas exploration and production company currently based in Britain. Medco, headquartered in Jakarta, earns the bulk of its revenue from oil and gas operations, mainly in Indonesia."This will help Medco shape up as an international player.

Equinor to Start Talks With Tanzania Over LNG project 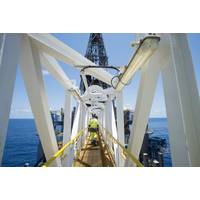 Norway's Equinor is ready to start talks with Tanzania on developing a liquefied natural gas (LNG) project based on a deepwater offshore discovery, the company said on Tuesday.Tanzanian President John Magufuli has asked his government to proceed with negotiations to set out the commercial and fiscal framework for the LNG project, Equinor, a majority state-owned energy company formerly known as Statoil, said."Equinor will now proceed with our partner ExxonMobil with negotiations for a host government agreement," an Equinor spokesman said in an email to Reuters.He said it was too early to say how long talks with th

Uganda expects to start producing oil in 2021, a year later than initially planned, and its refinery should be up and running by 2023, its oil minister said on Thursday.France's Total is an investor in Uganda's oilfields, with China's CNOOC and Britain's Tullow Oil."Our initial target was 2020. That seems to have slipped and we are looking now at 2021," Irene Muloni said at the Africa Oil Week conference in Cape Town. That date is in line with industry targets.In April Uganda signed a deal with a consortium… 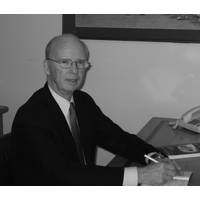 Following years in the pricing doldrums, LNG is hot again, with business prospects for floating production and regasification looking strong through 2023. We talk to Jim McCaul of International Maritime Associates (IMA) for his insights, as he is fresh off of a 12-month stint investigating the market in depth."We wanted to take a fresh look at the market, to identify opportunities both in the production and regassification of LNG" is how McCaul, founder of IMA, best describes his team’s 12-month effort to study and report on the industry. 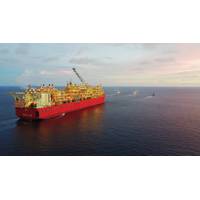 International Maritime Associates has completed a 12-month study of the global market for floating gas liquefaction plants and floating LNG regasification terminals. The 150+ page study, published by World Energy Reports, is the most detailed analysis yet made of this growing business sector. Project Success EvaluationThe IMA study is the first professional effort to systematically look at the universe of FLNG and FSRU projects in the planning stage – and categorize the likelihood of each making the development investment hurdle. 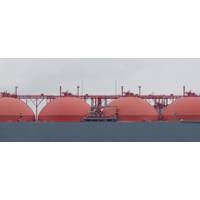 International Maritime Associates has just completed a 12-month study of the global market for floating gas liquefaction plants and floating LNG regasification terminals. The 150+ page study, published by World Energy Reports, is the most detailed analysis yet made of this growing business sector.Project Success EvaluationThe IMA study is the first professional effort to systematically look at the universe of FLNG and FSRU projects in the planning stage – and categorize the likelihood of each making the development investment hurdle.

Uganda and Tanzania have awarded a contract for designing a crude oil pipeline running through both east African countries to U.S. based firm Gulf Interstate Engineering, an official document seen by Reuters on Wednesday showed. Early last year, Uganda agreed with Tanzania to jointly develop a $3.55 billion pipeline to help ship Uganda's crude to international markets. The 1,445 km pipeline will start in landlocked Uganda's western region, where crude reserves were discovered in 2006, and terminate at Tanzania's Indian Ocean seaport of Tanga. 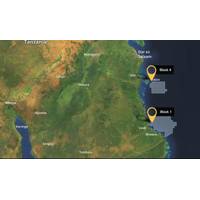 Ophir and its joint venture partners, BG Tanzania (Shell) and Pavilion Energy, have concluded the drilling of two exploration wells offshore Tanzania, safely and on time. The programme comprised Kitatange-1 in Block 1 and Bunju-1 in Block 4. After evaluation, Shell, the operator of Blocks 1 and 4, has confirmed that good quality reservoir was encountered in both wells, however hydrocarbons were not found. The Noble Globetrotter 2 rig has been demobilised from site. The two wells fulfil the final exploration commitments as per the exploration licences issued by the Ministry of Energy and Minerals (MEM). 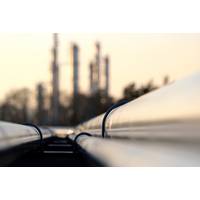 The leaders of Tanzania and Uganda laid a foundation stone on Saturday for the construction of a $3.55 billion-crude export pipeline that would pump Ugandan oil for international markets. The 1,445 km-project - set for completion by 2020 - will stretch from landlocked Uganda's western region, where crude reserves were discovered in 2006, to Tanzania's Indian Ocean seaport of Tanga. The project will become "the longest electrically heated crude oil pipeline in the world," said Guy Maurice, Senior Vice President of Africa at Total Exploration and Production. 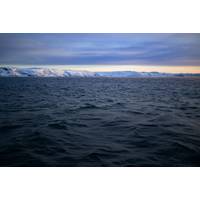 Norway's Statoil will continue to drill for oil in the Arctic Barents Sea next year even though its 2017 campaign was mostly disappointing, the company's head of exploration told Reuters on Tuesday. Statoil plans to drill between 25 and 30 wells in Norwegian waters in 2018, of which five or six are expected in the Barents and the rest will be split between the North Sea and the Norwegian Sea, which are both located further south. "We have tested a lot of potential there (in 2017), and that potential is gone…

Tanzania's national oil company TPDC ordered Swala Oil and Gas on Friday to delay its acquisition of up to 40 percent in PAE PanAfrican Energy Corp. pending a more detailed assessment of the deal. Swala, a Tanzanian firm, said on Jan. 2 it would buy the stake in the unit of Canada's Orca Exploration Group for $130 million. The deal would give Swala part ownership of PAE’s Tanzanian subsidiary, which holds exploration and production rights for natural gas in the Songo Songo block, in partnership with TPDC. 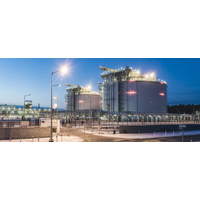 Tanzania has invited bids for consultancy services to help the government conclude negotiations with a group of international oil firms on a deal for the construction of a proposed liquefied natural gas (LNG) plant. Tanzania boasts estimated recoverable reserves of over 57 trillion cubic feet (tcf) of natural gas. Construction of an LNG export terminal has however been held up by regulatory delays. BG Group, which was acquired by Royal Dutch Shell in 2016, alongside Statoil, Exxon Mobil and Ophir Energy, plan to build a $30 billion onshore LNG export terminal.

Tanzania's energy regulator has approved a power tariff hike of 8.53 percent by the state-run utility, less than half of what the utility said it needed to stem losses. The Tanzania Electric Supply Company (TANESCO) had sought an 18.19 percent tariff increase to snap a loss-making trend and clear debts to independent power producers and fuel suppliers. The tariff hike takes effect from Jan. 1, the Energy and Water Utilities Regulatory Authority (EWURA) said in a statement on Saturday. "The proposed tariff increase intends to cover TANESCO's cost of operation and fund its capital investment programme…