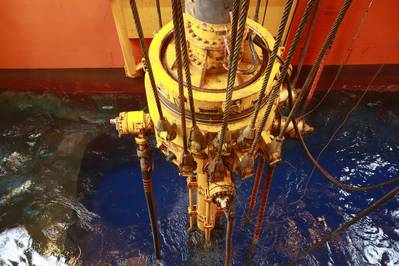 Medco confirmed this week that it was in talks with Ophir about a possible cash offer for the oil and gas exploration and production company currently based in Britain. Medco, headquartered in Jakarta, earns the bulk of its revenue from oil and gas operations, mainly in Indonesia.

"This will help Medco shape up as an international player. It seems to be pursuing a transaction at the bottom cycle of the oil price to try and offer scope to re-rate its stock," said William Simadiputra, analyst at DBS Vickers Securities in Jakarta.

Founded by oil and gas tycoon Arifin Panigoro, Medco has made sizeable acquisitions in recent years, including leading a $2.6 billion acquisition of the Indonesian unit of Newmont Mining Corp in November 2016. It also operates power plants in Indonesia.

DBS Vickers' Simadiputra said Medco had a strong balance sheet and was capable of funding the potential acquisition, depending on how the deal was structured.

Ophir, whose shares fell 48 percent last year, announced in September a $310 million charge on a liquefied natural gas project in Africa and said it would shift its headquarters from London to Asia where it bought assets in 2018.

Both Medco and Ophir did not disclose financial details of the potential transaction. Ophir's shares rose 7.5 percent on Monday to value the company at 251.4 million pounds ($320 million), while Medco is currently valued at 12.2 trillion rupiah ($844 million), according to data from Refinitiv.

"This is a bold move by Medco, and if successful would create a Southeast Asian upstream powerhouse," said Angus Rodger, a research director at energy consultancy Wood Mackenzie, in a note on Wednesday.

"For Medco a successful acquisition would substantially increase its regional footprint and diversify its mature, Indonesia-heavy portfolio," said Rodger, adding that Medco would also bulk up its non-Asian exposure by adding growth options in Tanzania and Equatorial Guinea.

Under UK takeover rules, PT Medco Energi Global, a fully-owned subsidiary of Medco, has until Jan. 28 to make a firm offer or walk away, Ophir said.