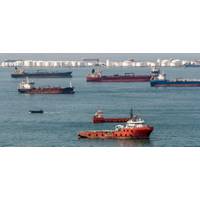 The Shanghai International Energy Exchange (INE) is considering using oil storage sites in Singapore owned by PetroChina Co as a delivery point for its low-sulphur fuel oil futures contract, according to two sources with direct knowledge of the matter.The INE’s move would be the first time a Chinese futures contract would be deliverable outside of China and could boost liquidity for the contract, as well as help to influence pricing for shipping fuel.Low-sulphur fuel oil (LSFO) is required as ship fuel to meet new maritime emissions regulations that went into effect this year.

Taiwan's Formosa Petrochemical Corp has shut a residue desulfurizer (RDS) unit at its 540,000 barrels-per-day (bpd) Mailiao refinery after it was hit by a fire early on Wednesday, three sources close to the matter said.Mailiao is one of Asia's 10 largest standalone refining plants. The sources said its no. 2 RDS, with a capacity of 80,000 bpd, had been affected by the fire.Formosa spokesmen could not immediately be reached for comment.Trade sources said the outage would hit output of low-sulphur residual fuels used either in blending…

Woodside Petroleum will improve the quality of Vincent crude by increasing its flash point from July so that it can be blended into very low sulphur fuel oil (VLSFO) and capture higher premiums, two sources told Reuters.Among crude grades, heavy sweet oil, with higher density and less sulfur, is most suitable for blending into VLSFO that meets the new marine fuel sulfur regulations dubbed IMO 2020. However, crude with a low flash point could ignite easily and can cause engine issues.The increase in the flash point will be made possible by shutting in the Cimatti field off Western Australia…

The sulfur regulation from the International Maritime Organization (IMO) that came into force on 1 January 2020 took the center stage in the shipping industry at outset of the new decade. Four months on, the spotlights have turned to the coronavirus and the OPEC+ oil price war.The outlook for global economic growth remains bleak as the world is faced with the largest recession since the Great Depression in the 1930s.Commodity prices have declined across the board and most recently, the West Texas Intermediate (WTI) reference oil future drew headlines as it crashed into negative territory at $-37.63 per barrel on 20 April 2020. 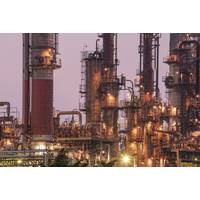 Asia-Pacific refineries are forking out multi-year high premiums for sweet crude produced in the region as alternative supplies from the West have become more expensive with the rise in shipping costs, several trade sources said on Monday.Lower exports from Indonesia and Vietnam and rising demand for very low-sulphur fuel oil (VLSFO) have also helped push up premiums for crude produced in Malaysia such as Labuan and Kimanis to the highest in years, they said.Malaysian crude has low sulphur content that makes them suitable to be processed into cleaner fuels.Malaysia's state energy company Petronas has sold 300… 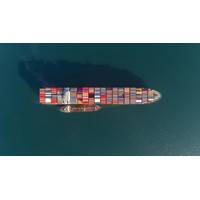 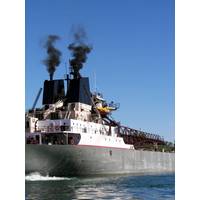 Profits at Asian refineries are being buffeted by a combination of factors, chief among them uncertainty over how exactly new shipping fuel standards will play out and the rise of China as a product exporter.Refinery margins in Asia have been knocked to the lowest since the financial crisis in 2008 by some measures, as the industry grapples with the disparate factors.The return from processing a barrel of Dubai crude at a typical Singapore refinery was a loss of $1.19 a barrel in early Asian trade on Monday.

Hellenic Petroleum's core profit fell 15% in the third quarter on lower refining margins, Greece's biggest oil refiner said on Tuesday.Adjusted for oil inventory holdings, earnings before interest, tax, depreciation and amortisation (EBITDA) came in at 201 million euros ($222.91 million), down from 237 million euros in the same period last year.The figure was at the high end of analysts' forecasts from a Reuters poll.Hellenic, which exports more than half of its output, has said that it was on track to deliver very low sulphur fuel oil by the beginning of 2020 to meet demand for the new fuel.From Jan. 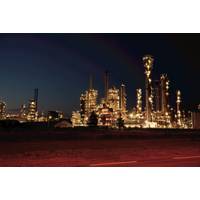 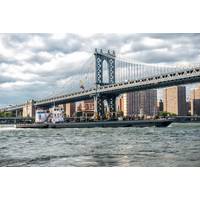 Oil price reporting agency Argus has launched five new price assessments for low-sulphur marine fuels, ahead of new global rules capping the amount of sulphur in marine fuels, also known as bunkers.International Maritime Organization (IMO) regulations will cut the limit for sulphur in bunker fuels globally from 3.5 percent to 0.5 percent from the start of 2020."Argus is pleased to be taking the lead in bringing price transparency that enables this large and emerging oil market to advance trading in preparation for the IMO 2020 required fuels…

How Refiners Plan to Grapple With Fuel Oil Output After 2020 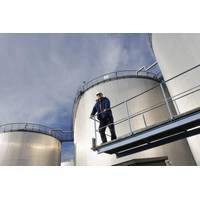 High-sulphur fuel oil (HSFO), essentially the leftovers of an oil refiner's output, will still flow from refineries around the world even after new rules start up in 2020 curtailing its use in the global shipping fleet, a Reuters survey showed.Sixty percent of the 33 refineries contacted by Reuters in a global survey will still produce HSFO in 2020 although the supply will tighten as 70 percent of these refiners plan to reduce their output.Starting that year, ships will have to use marine fuel, which primarily consists of residual fuel oil…

Distillate Demand Boost from Shipping Sulphur Rules to be Brief

A sharp increase in demand for distillates following new shipping fuel rules will fade quickly, the International Energy Agency said on Monday. New rules implemented by the International Maritime Organization (IMO) will significantly cut the amount of sulphur that the world's ships can burn in their engines from 2020, leading to a close to 1 million barrel per day (bpd) rise in gasoil consumption at the expense of high-sulphur fuel oil. While ships can continue to burn higher sulphur fuel if they install scrubbers…

S.Korean Refiners Look to Cash in on 2020 Mandate

Three refiners to spend more than $5 bln to upgrade or add units. South Korean refiners are planning to spend over $5 billion on plant upgrades in response to tighter rules on shipping fuel, boosting production of low-sulphur fuel oil as well as other high-end products. The refiners hope the investment, which comes ahead of the 2020 introduction of the new rules, will make them one of the biggest beneficiaries of the new regulations, with many competitors still waiting to commit to new spending. "Not many refiners are doing so. Korean refiners are investing proactively," said Hwang Yu-sik, an analyst at NH Investment & Securities.

Royal Dutch Shell is considering expanding the capacity of one of its German refineries to make oil products that meet an upcoming cap on the sulphur content of fuels used in shipping. In the past few days, Rheinland refinery representatives met local officials and environmental groups to present preliminary plans for an investment at the plant's 140,000-barrels-per-day Wesseling site, Shell said on the refinery's website. Shell is considering "a modernization of the residue processing unit at Rheinland refinery and to enhance the desulphurisation plant there", Shell told Reuters in an emailed statement.

Genoil Inc. (GNOLF), the publicly traded clean technology engineering company for the petroleum industry, announced the appointment of Raushan Telyashev as Vice President of Genoil Middle East. Raushan Telyashev has a wealth of experience in the oil and gas industry. Prior to joining Genoil, Mr. Telyashev worked at Lukoil where he was Deputy Head of the Department of Construction, in charge of the execution of projects, and General Director of their Design and Research Institute. Mr Telyashev was also manager of the petrochemical group of Shell companies. Most recently, he has been General Director of LLC “Energy and Engineering”.

Genoil Inc, (GNOLF) announced the signing of a Memorandum of Understanding (MOU) with the Bomin Group. The MOU sees the two companies confirm their mutual intent to provide a framework, which will aim to develop a co-operation agreement to supply the market with compliant low sulphur products, utilising Genoil’s technology, in conjunction with Bomin’s global physical supply and storage infrastructure. Genoil’s proprietary technology, the Hydroconversion Upgrader (GHU), converts heavy crude oils and refinery residual products into cleaner, lower emission energy.

European oil product swaps for December weakened across the board in the week to Monday as supplies of diesel have risen sharply while demand for gasoline and naphtha enters a seasonal lull. Refining margins are largely expected to weaken over the coming weeks due to weaker regional and global demand and as supplies rise due to high refinery output. Gasoline refining cracks have been on a declining trajectory in recent days after supporting margins in recent weeks on the back of unusually strong demand from Asia and West Africa.

Saipem has received award notification by the Kuwait National Petroleum Corporation (KNPC) for Package 4 and Package 5 of the Al-Zour New Refinery Project (NRP), located 90 km south of Kuwait City, for a total amount of approximately $1.3 billion, Saipem share. The Al-Zour NRP will be one of the largest oil-refining plants in the world, with refining output capacity of 615,000 barrels per day. The NRP will use a combination of conventional and proprietary licensed hydro-processing technologies to convert light and heavy crudes into low sulphur fuel oil (LSFO) and lighter products.