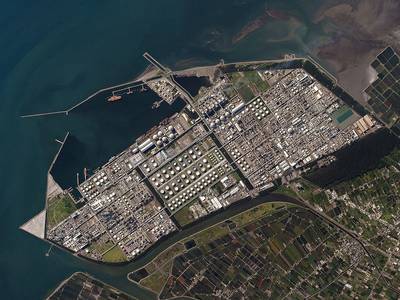 Taiwan's Formosa Petrochemical Corp has shut a residue desulfurizer (RDS) unit at its 540,000 barrels-per-day (bpd) Mailiao refinery after it was hit by a fire early on Wednesday, three sources close to the matter said.

Mailiao is one of Asia's 10 largest standalone refining plants. The sources said its no. 2 RDS, with a capacity of 80,000 bpd, had been affected by the fire.

Formosa spokesmen could not immediately be reached for comment.

Trade sources said the outage would hit output of low-sulphur residual fuels used either in blending, to make very low sulphur fuel oil (VLSFO) for bunkering, or fed into other secondary units for gasoline or gasoil production.

Formosa cut VLSFO exports this month as it stepped up production of gasoline and gasoil on improving margins, while VLSFO profits weakened, the sources added.

The unit had been restarted in May after completing maintenance.