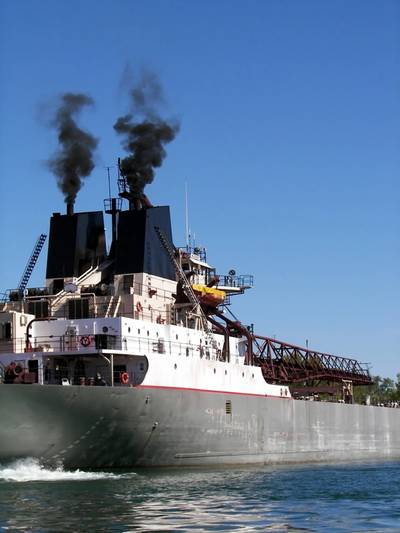 Profits at Asian refineries are being buffeted by a combination of factors, chief among them uncertainty over how exactly new shipping fuel standards will play out and the rise of China as a product exporter.

Refinery margins in Asia have been knocked to the lowest since the financial crisis in 2008 by some measures, as the industry grapples with the disparate factors.

The return from processing a barrel of Dubai crude at a typical Singapore refinery was a loss of $1.19 a barrel in early Asian trade on Monday. This compares with the October average profit of $4.11 a barrel and the 365-day moving average of $4.08 a barrel.

Another measure of refinery profits is known as gross refining margins, which measures the incentive a refiner has to process an additional barrel of crude, and not total profit derived from all barrels of oil sent through the plant.

Under this measure, a typical Singapore refinery processing a barrel of Dubai crude <DUB-R-SIN> is making a loss of $10.53 a barrel, which is actually slightly worse than the low of $10.49 seen in July 2008. The gross refining margin has also dropped rapidly, given it was at a profit of $6.14 a barrel on Sept. 23.

What the numbers show is just how quickly refining margins have collapsed in recent weeks.

Part of the problem is a surge in the availability of gasoil, the fuel used to make diesel and jet kerosene.

Refineries in China are exporting more diesel and jet kerosene, a result of a combination of factors including soft domestic demand growth, the addition of new refining capacity and a desire to use up export quotas prior to the end of the year.

China's exports of diesel jumped 11.5% in the first 10 months of the year, while those for jet kerosene surged 21.5%, according to official figures.

Gasoil exports from Asian producers, including China, are expected to be around 7.5-8.0 million tonnes in November, up from October's 7.3-7.4 million, according to Refinitiv Oil Research, which tracks tanker movements and port data.

Asian refiners have also been gearing up their output of gasoil, given expectations demand for the fuel will increase once the change in shipping rules, known as IMO 2020, comes into effect in January.

Ships will be banned from using high-sulphur fuel oil and will have to switch to either very low sulphur fuel oil, marine gasoil, or perhaps even liquefied natural gas.

But ship owners also have the option of using devices called scrubbers, which remove sulphur from the exhaust emissions, thereby allowing the continued use of high-sulphur fuel oil.

CLARITY SOUGHT
The problem for the refining industry is there doesn't, as yet, seem to be a clear winner among the various options facing ship owners, making planning for IMO 2020 challenging.

Many in the market expected demand to rise for marine gasoil, but it also seems refiners are being encouraged to produce very low sulphur fuel oil as an alternative.

The uncertainty is weighing on prices, with the profit margin, or crack, for gasoil with 10 parts per million (ppm) in Singapore ending last week at $13.97 a barrel.

As recently as the end of July, the fuel oil crack in Singapore was a profit of $4.78 a barrel, again showing the rapid loss of profitability as the new rules approach.

There is a chance that fuel oil cracks may recover as the current low prices incentivises ship owners to install scrubbers, rather than switch to cleaner burning fuels.

Overall, refiners probably face a difficult few months ahead as the market works out what exactly the demand for the various fuels for shipping will be.