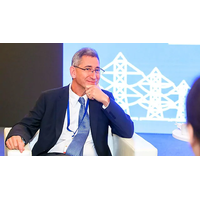 Royal Dutch Shell's head of New Energies Mark Gainsborough announced on Thursday he was stepping down after setting up and leading a rapid expansion of the company's renewables and low-carbon business over the past four years.Gainsborough will be replaced by Elisabeth Brinton on April 1, the 39-year Shell veteran said in a post on LinkedIn. He will leave the company at the end of the year.Brinton…

Total CFO to Retire this Year 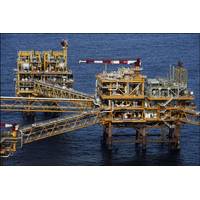 Total Chief Financial Officer Patrick de La Chevardiere is to retire by the end of this year, a spokesperson for the French oil and gas major said on Friday.De la Chevardiere has been Total CFO for the last 11 years and has been with the firm for 37 years, his LinkedIn profile showed.Total's spokesperson declined to comment on a report in French business magazine Challenges that he would be succeeded by Jean-Pierre Sbraire, currently deputy CFO at the grou 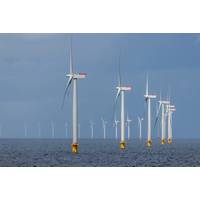 Malaysian state-owned oil and gas firm Petroliam Nasional Berhad, or Petronas, has set up a new business within the group to make a push into renewable energy, the head of the new venture said on Tuesday.Petronas has expressed interest over the last year to diversify into renewables amid low oil prices. In March, Chief Executive Wan Zulkiflee Wan Ariffin said Petronas…

The owners of an idled oil refinery in the U.S. Virgin Islands that once ranked among the world's largest have hired a former Hess Corp executive closely acquainted with the facility to oversee its return to service.Brian Lever, who ran the former Hovensa refinery on St. Croix for Hess and partner Petroleos de Venezuela until it filed for bankruptcy in 2012, joined Limetree Bay Refining this month as president and chief operating officer…

General Electric Co said on Thursday that four of its new flagship power turbines in the United States have been shut down due to an "oxidation issue" and warned it expects the problem to affect 51 of the giant machines it has shipped, sending shares lower.The problem was discovered a few weeks ago on turbine blades in a natural gas-fueled turbine, known as the 7HA, operated by Exelon Corp in Texas, GE told Reuters.

Oilfield services company Schlumberger NV has appointed shale pioneer Mark Papa and energy researcher Tatiana Mitrova to its board of directors, according to a filing on Monday with the U.S. Securities and Exchange Commission.Papa, who built independent energy producer EOG Resources into one of the most profitable U.S. shale companies, currently heads Centennial Resource Development.His appointment comes just a few months after Helge Lund…

Schlumberger NV Chief Financial Officer Simon Ayat plans to retire this year and a company insider has emerged as top candidate to replace him at the world's largest oil services firm, three people familiar with the matter told Reuters.Stephane Biguet, currently vice president of finance, is the frontrunner to replace Ayat, according to the people who declined to be…

Clash of the Russian Energy Titans 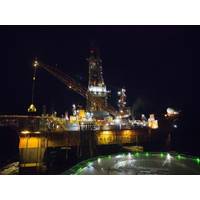 Russian energy major Rosneft is increasingly challenging domestic rival Gazprom in international gas markets, from West Africa to Turkey and even Europe, according to five industry sources with knowledge of the matter.Last week, Rosneft won a multi-billion dollar contract in Ghana that had been targeted by Gazprom, the sources said. It also signed a gas fields and pipeline…

Chevron Corp said on Tuesday two of its executives were arrested in Venezuela, a rare move likely to spook foreign energy firms still operating in the OPEC nation stricken by hyperinflation, shortages and crime.Venezuelan Sebin intelligence agents burst into the Petropiar joint venture's office in the coastal city of Puerto La Cruz on Monday and arrested the two Venezuelan employees for alleged wrongdoing…

Ophir's COO Higgs to Step Down 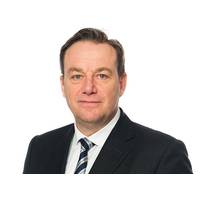 British oil and gas explorer Ophir Energy's Chief Operating Officer William Higgs will step down as the company reduces costs by cutting staff positions at its London headquarters, the company said on Friday. Energy companies have cut costs over the past few years due to a fall in oil prices. Ophir has faced further challenges in launching its Fortuna project in Equatorial Guinea - Africa's first deepwater floating liquefaction facility.

Venezuelan state oil company PDVSA said on Friday that Maroil Trading Inc has won a $138 million contract to remove a large pile of petroleum coke at the Jose solids terminal in the eastern state of Anzoategui. Petcoke, a byproduct of upgrading tar-like Orinoco oil into lighter crude, has accumulated quickly at Jose since a 2009 fire temporarily halted its export. The large black dunes have drawn criticism from environmentalists and nearby communities.

Mexico's state oil company Pemex said on Tuesday it had named Isaac Volin Bolok as head of its commercial arm, PMI Comercio Internacional. Volin Bolok will replace Jorge Sanchez and start the post on June 27. He previously served as the director of BlackRock in Mexico and corporate commercial director of now bankrupt airline Mexicana, according to his LinkedIn profile.

Oil traders keep a low profile. So when one of the most widely followed oil traders on Twitter abruptly closed his account last week, the outpouring of dismay among his thousands of followers was rare for the secretive multi-trillion dollar industry. Eric Rosenfeldt, who goes by the Twitter handle of Oil Merchant or @energyrosen, had attracted more than 8,000 Twitter followers for his quirky and candid opinions on the crude oil market.

Citigroup Inc's director of oil trading in Houston has left to join commodities trader Noble Group Ltd, a source familiar with the matter said on Thursday. Michael Paradise is set to begin trading crude oil for Noble in July, although it was not immediately clear what his new title would be. Paradise has been at the Wall Street bank's trading desk for the last four years…

BP has appointed a new head for its integrated supply and trading (IST) business in the eastern hemisphere, industry sources said on Friday. Janet Kong, currently head of trading analytics for the eastern hemisphere, will take over from Andy Milnes to head the business unit later this year, they said. The IST is BP's face to the traded markets in oil, gas, power, chemicals and finance. BP could not be immediately reached for comment.

US Oil Platform on Fire in Gulf Of Mexico

An oil platform caught fire and was evacuated in the U.S. Gulf of Mexico offshore Louisiana in the early hours of Friday, though no injuries were reported, the U.S. Coast Guard said. Fire-fighting crews worked to contain the fire on Friday near Breton Island, 50 miles (80 km) offshore New Orleans, the Coast Guard said. All 28 people were evacuated from the platform.

Platts' editorial director Jonty Rushforth will be leaving the Asian headquarters in Singapore to take up a new role in London, industry sources said on Friday. Rushforth has been editorial director of Platts' Asia and Middle East Oil markets since March 2013, according to his LinkedIn profile. He will leave the Singapore office in late August to become the head of global oil methodology based in London, the sources said.

Barclays has settled a lawsuit with London trading firm CF Partners after a judge found that the British bank had misused confidential information during its acquisition of a Swedish carbon trading company. The ruling comes the same week Barclays was hit with a combined $77 million in fines from British and U.S. regulators as the lender continues to be dogged by problems from its past.

ARENA has invested $1 billion in more than 230 projects, fellowships and scholarships that are paving the way for a more diverse energy future for Australia. Thirty one of these projects have now been completed, with many more scheduled to reach key milestones and/or completion in 2015. Each of these projects is producing valuable knowledge and outcomes that are being…