International offshore wind consultancy and advisory firm OWC (Offshore Wind Consultants) has said it will set up an office in Tokyo to support the fast-growing offshore wind market in Japan."The Japanese government has announced big ambitions when it comes to renewables in general and offshore wind specifically. We want to be part of that vision and be available for offshore wind developers here, while also contributing towards local job and value creation," Will Cleverly, managing director, OWC said.According to GWEC Market Intelligence… 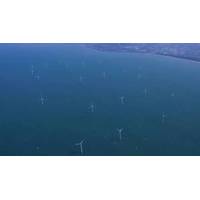 Orsted, the world's largest offshore wind farm developer, is concerned the coronavirus may delay auctions for offshore projects as it prepares to enter the market, the head of its Asia-Pacific unit said. "The pandemic will not influence investment decisions and general confidence in offshore wind, but it could delay the projects' timeline," Matthias Bausenwein, president of Orsted Asia-Pacific, told Reuters in a telephone interview. "We hope that we won't see any major delays," he said. The Danish company and Japan's Tokyo Electric Power Company Holdings (TEPCO) will make a joint bid for a project off Choshi city…

Japanese companies Sumitomo Corporation and Electric Power Development Co., Ltd. (J-POWER) have begun an offshore ground investigation off the coast of Japan to explore the possibility of developing an offshore wind power plant.The Japanese government is currently in the process of determining areas to be designated as offshore wind power development promotion areas under a new law enacted this fiscal year, for which the government will invite applications and select a wind power plant operator.The…

Mitsui O.S.K. Lines (MOL) has announced that it has signed a long-term charter contract to operate Asia's largest (12,000m3-class) LNG bunkering vessel in Singapore, the world's largest fuel supply port, with Pavilion Gas, a wholly-owned subsidiary of Pavilion Energy.Demand for LNG as bunker fuel is expected to grow on a global scale as stricter SOx regulations take effect in January 2020. Singapore's Maritime and Port Authority (MPA) is focusing considerable effort on development of an LNG fuel… 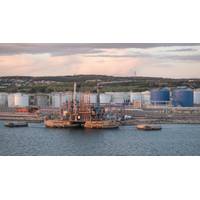 The Japanese government along with private companies have spent $4 billion in the past year on liquefied natural gas (LNG) projects, mainly in Asia and across the supply chain, to help spur demand for the fuel, the country's trade minister said on Monday.Hiroshige Seko, speaking at the annual LNG Producer-Consumer Conference in Nagoya, Japan, said Japan offered training to 200 people from 15 countries to develop a workforce to work in the LNG supply chain.Seko announced a year ago that Japan would…

New study examines Japanese government strategy for creating infrastructure for environmentally-friendly ship fuel.A new report by the Intrernational Transport Forum at the OECD assesses Japan’s ambition to become an international bunkering hub for liquefied natural gas (LNG).The Japanese government is working to position the nation as a LNG bunkering hub as it expects the fuel's significance in shipping to grow.Japan is already the world’s largest importer of LNG by a large margin. Alongside the fuel’s main use in electricity production, the country has developed marine bunkering facilities to provide LNG to ships.

Marubeni Corporation started a joint feasibility study with PTT Public Company Limited, Thailand`s national petroleum and petrochemical company, which aims at implementing LNG refueling to ships in Laem Chabang Port, the largest industrial port in Thailand. The regulation of exhaust gas will be tightened from 2020, and since LNG is an environmentally friendly fuel, ships that use LNG for fuel (LNG fueled ships) are expected to increase. In Laem Chabang Port, where more than 8,000 ships arrive and leave annually…

U.S. now meets half of Japan's LPG demand; U.S. supplies have soared as part of shale boom. Japan's liquefied petroleum gas (LPG) imports from the United States are expected to double in 2017 to a record and account for around for around half of its total purchases, government and shipping data showed. The surge comes as shale oil and gas output lifts overall U.S. production to rival that of Saudi Arabia and Russia. As with crude oil, the American exports displace LPG from the Middle East, where regional top producer of crude and LPG Saudi Arabia is losing market share… 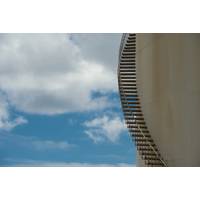 Oil giant Saudi Aramco will on Wednesday add 1.9 million barrels (300,000 kilolitres) of crude to storage that it holds in Japan, a Japanese trade ministry official said on Monday. The move comes as Japan from this month raises the crude storage capacity that it lends for free to the state-run Aramco by 30 percent to 8.2 million barrels, based on a previous agreement between the two nations. The extra storage, which the Japanese government announced in July, will help Saudi Arabia, the world's biggest oil exporter, as it battles to keep customers in northern Asia amid a global glut and relatively low prices. 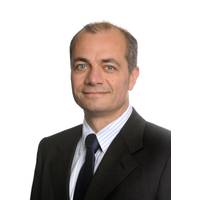 Xodus Group said it has appointed Enrico Salardi as its decommissioning director to lead the company’s ‘decom division’ which was formed in 2015. Salardi brings to the role more than 20 years’ experience in the management of oil and gas assets, joining Xodus from operator Quadrant Energy where he was senior project manager for a number of decommissioning programs in Australia. Throughout his career, Salardi has managed many projects in various phases of their lifecycle around the world, including Italy, Nigeria, Norway, Libya, Croatia, Egypt and Australia.

Norway may provide cleanly produced hydrogen to Japan; but Australia hopes to export the fuel extracted from brown coal. Norway and Australia are racing each other to show they can supply Japan with hydrogen, hoping to fulfil its ambition to become the first nation significantly fuelled by the super-clean energy source. While Australia has planned to derive liquid hydrogen from brown coal for some time, Norway could steal a march if a pilot project producing the fuel using renewable energy - a climate-friendly method more in keeping with Japan's aims - is cheaper. 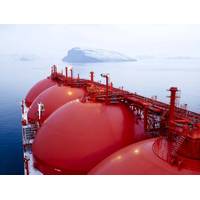 Japan in January paid nearly twice as much for liquefied natural gas (LNG) derived from U.S. shale gas as it did for its cheapest imports, official trade data showed on Friday. Shale gas from the United States had been touted as a panacea to Japan's energy crisis after the Fukushima nuclear disaster nearly six years ago. The first supplies arrived in Japan last month to much fanfare but the revelation of its higher cost would seem to undermine the initial euphoria. Japan, the world's biggest importer of LNG, received 211,237 tonnes of U.S.

NRG Energy Inc and JX Nippon Oil & Gas Exploration Corp said on Tuesday they had begun operations at a $1.04 billion carbon capture facility at a Texas coal-fired power plant and were using the emissions to extract crude from a nearby oilfield. The facility, the largest of its kind in the world, is the latest in efforts by the power industry to curb carbon dioxide (CO2) emissions as pressure mounts from regulators, investors and consumers to stem climate change. The carbon capture facility could become a model for CO2 collection at existing power plants in China and India, analysts said.

State-run Japan Oil, Gas and Metals National Corp (JOGMEC) said it signed a contract with the world's top exporter Saudi Aramco on Wednesday to extend a crude oil storage deal on the island of Okinawa by three years. Under the agreement, Saudi Aramco can store up to 1 million kilolitres (6.3 million barrels) of crude oil on the island southwest of mainland Japan for the next three years, JOGMEC said in a statement. The volumes are unchanged from the previous three-year deal, which is expiring this month. Japan and Saudi Aramco had earlier been discussing expanding the Okinawa crude storage by about 2 million barrels.

Storage capacity to be expanded by about 2 million barrels. Saudi Aramco and the Japanese government are set to agree on a roughly 2 million barrel expansion of crude storage capacity in Okinawa, used by the state-run firm to store oil, Saudi Aramco CEO Amin Nasser said on Thursday. Under an agreement with Tokyo, Saudi Aramco and Abu Dhabi National Oil Co (ADNOC) each store up to 1 million kilolitres (6.3 million barrels) of crude oil in Okinawa, southwest of mainland Japan. In return for providing free storage space, Japan gets a priority claim on the stockpiles in case of an emergency.

Global producers of liquefied natural gas (LNG) are facing a choice they probably didn't anticipate or want, but their response will likely shape the future of their industry. The dilemma facing producers is how do they respond to the moves by buyers to effectively scrap the pricing model that has underpinned the development of LNG for the past five decades. There appear to be increasing moves by major buyers, particularly in Asia, to end long-term, oil-linked price contracts that also feature restrictive destination clauses.

Japanese buyers of Iranian crude will have to keep using special sovereign shipping insurance to import oil for the foreseeable future, despite the lifting of sanctions against Tehran, industry and government sources said on Monday. Shippers face uncertainty over whether they can get coverage from U.S. insurers after sanctions were lifted and it means the Japanese government may have to get parliamentary approval to extend the scheme beyond March. Tokyo stepped in to help its oil importers after…

Europe's oil and gas companies took direct aim at the coal industry Monday, calling upon governments to set a global price on carbon emissions that could dramatically drive market share from coal to natural gas. The joint declaration issued by six European oil and gas majors was cautiously embraced by the United Nations, which will host negotiations this December in Paris aimed at designing a plan to cut the fossil fuel emissions that scientists blame for rising temperatures. The companies argued that when burned to make electricity, natural gas typically generates around half the carbon emissions of coal.