Algeria Hopes to Have Energy Law Ready by 2019 - Sonatrach CEO

Algeria wants to have a new energy law ready by the first half of 2019 and might use Mexico's legislation as inspiration, the CEO of state energy firm Sonatrach said on Tuesday.The North African OPEC member has been preparing changes to its hydrocarbon law in a bid to attract foreign investors that have stayed away in recent years, citing bureaucracy and tough terms."A good model of an energy law is Mexico's as it allowed them to attract $300 billion in investment ... definitely this is a good model and I will be very happy to have such a law…

Algeria has hired U.S. law firm Curtis, Mallet-Prevost, Colt & Mosle LLP and other consultancies to help with a new energy law aimed at attracting much-needed investment, the CEO of state energy firm Sonatrach said on Monday.The OPEC producer, which is also a major gas supplier to Europe, has been trying to attract more foreign investors but firms have been reluctant complaining about bureaucracy and tough terms.The North African has been working on a new law but it was still unclear when it would be ready as many players were involved… 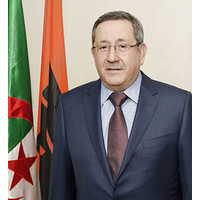 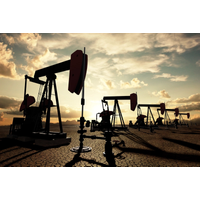 U.S. oil major Exxon Mobil Corp has shown an interest in working in Algeria, the head of state energy firm Sonatrach said on Tuesday. "It is important to highlight that a big major Exxon Mobil has shown an interest to come to Algeria," Abdelmoumen Ould Kaddour told reporters, without giving further details. He also said he had resolved 80 percent of the state firm's disputes with foreign firms, while Sonatrach had been able to fulfil gas supply contracts with Europe this winter despite rising domestic demand. 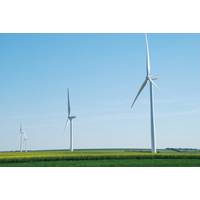 France installed 330 megawatt (MW) of renewable wind power capacity in the first quarter of 2017, the biggest increase in any first quarter, taking total French wind power capacity to over 12 gigawatts (GW), the Ecology Ministry said in a report. The increase in capacity was boosted by new projects which were connected to the grid during the quarter, boosting French electricity output from wind turbines to about 6.9 terawatt-hour (TWh) in the quarter, or about 4.8 percent of French demand.

Pipeline to pass through Danish, Swedish waters; project will bypass major gas transit route Ukraine. The European Union is seeking a mandate from its members to negotiate with Russia over plans for a gas pipeline under the Baltic Sea to Germany, an EU document showed, as some EU states fret the project will make Europe too reliant on Russian energy. The Nord Stream 2 pipeline would pass through Danish and Swedish waters and bypass Ukraine, a nation suffering from conflict and the main transit route for Russian gas heading to the EU.

The German cabinet approved reforms to Germany's renewable energy law on Wednesday aimed at slowing the growth and better controlling the cost of green energy sources. Generous green subsidies have led to a boom in renewable energy, such as wind and solar power. But the rapid expansion has pushed up electricity costs in Europe's biggest economy and placed a strain on its grid. Under the reforms, Germany will move away from feed-in-tariffs to a competitive auction system where producers of renewable energy will only receive payments for their power if they win a tender.

A French industry body on Friday increased draft government targets for onshore wind energy capacity ahead of their final publication. In coming weeks, the government will publish a decree with targets for renewable energy capacity, which will implement broad targets set in France's energy transition law and will give firms like EDF and Engie as well as smaller and foreign players clarity about future tender volumes. The energy law - voted last summer - specifies that 40 percent of French power production should come from renewables by 2030… 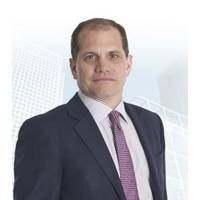 Dana Gas PJSC, a publicly listed natural gas company in the Middle East, has announced several key senior management appointments. Chris Hearne was appointed as the Chief Financial Officer of the company on January 4, 2016. Prior to joining Dana Gas, Hearne was with Serica Energy plc, an international oil exploration and production company listed on the AIM market in London, where he served as Chief Financial Officer and Director from 2005. Hearne has over 20 years’ experience within the oil industry having been CFO and Senior Vice President of Erin Energy…

Norway's power grid operator Statnett should retain a monopoly on building and operating international power links, the country's competition regulator said on Wednesday, in an unusual move. Statnett was granted exclusive rights by the former centre-left government in 2013, putting on hold a project to build a NorthConnect link to Britain by a group of Norwegian power companies and Sweden's Vattenfall. Nordic power producers would like to see more links to export surplus power which sent Nordic electricity prices to 15-year lows last year.

Latvia's government finalised on Tuesday a plan to split its natural gas monopoly Latvijas Gaze to boost competition, in line with European Union rules, and said it would be completed in 2017. The plan sets the Baltic states on a collision course with its sole gas supplier, Russia's Gazprom, which has a 34 percent stake in Latvijas Gaze, a gas sales, transportation and storage business. Germany's E.ON is seeking to sell its 47.2 percent stake in Latvijas Gaze, but the sale process has been stalled by uncertainty about the Latvian utility's future.

Plans early end to small scale solar subsides; renewable subsidies expected to hit 9.1 bln stg in 2020/21. Britain's government on Wednesday moved to rein in the spiraling costs of renewable power subsidies which it said threatened to push up household bills. The plans include closing support for small-scale solar projects, changing the way renewable projects qualify for payments and modifying subsidies for biomass plants. The proposals come just a month after the government said it would scrap new subsidies for onshore wind farms from April next year.

EU to Get Energy Enforcement Powers

European Commission to publish legal proposals next year; outline communication due next week. EU energy regulator ACER, until now largely toothless, will be given legal powers to enforce plans for a single energy market that breaks down national barriers under a proposal from the bloc's executive arm. At a conference on Thursday in Slovenia, where the Agency for the Cooperation of Energy Regulators is based, European Commission Vice President Maros Sefcovic and Energy Commissioner Miguel Arias Canete laid out their plans to bolster ACER.

France needs to boost investment in wind turbines if the country wants to reach its targets for renewable energy use, wind industry lobby France Energie Eolienne (FEE) said on Tuesday. FEE said in a statement if France wants renewables to provide 40 percent of its electricity by 2040 - as specified by the energy law now going through parliament - it needs to build 1,600 megawatts (MW) of land-based wind turbines per year in the coming years and even 3,000 MW from 2020, compared to a projected 1,200 MW to be installed in 2015.

Central European spot power was mixed on Monday, although high levels of wind generation in the region kept prices low, traders said. On regional exchanges, electricity for Tuesday gained almost 5 percent to 18.28 euros ($22) per megawatt hour in the Czech Republic and Slovakia as wind levels eased and consumption rose. Day ahead in Hungary and Romania fell 12 percent to 28.87 euros. Wind levels in Germany, the main driver for prices, fell 5 gigawatts to 22.8 gigawatts for Tuesday.

EU leaders meet to debate 2030 energy law next week; Exxon Mobil says refinery strategic regardless of EU policy. Exxon Mobil is pouring $1 billion into a refinery in the European Union, setting aside concerns ranging from poor margins to EU green energy rules due to be agreed next week that will cut demand for oil. The company, which believes all its oil and gas reserves will be ultimately be needed to meet future demand, despite efforts to curb climate change, says the Antwerp refinery upgrade is one of its highly strategic long-term investments.

Argentina's Senate early on Thursday approved a bill aimed at increasing incentives to lure the foreign investors needed to develop its vast shale reserves and erase the country's costly energy deficit. The cash-strapped South American country, which defaulted on its debt in July and cannot tap global credit markets, needs investment of as much as $200 billion over the coming 10 years to exploit its vast Vaca Muerta oil and gas formation in Patagonia. The bill passed the Senate 38 to 28 in the early hours of Thursday morning after a marathon debate…

Russia crisis has made energy savings a priority; non-compliance with EU law can lead to tough fines. Member states have two months to reply to warning letters. EU regulators have begun legal proceedings against 24 member states, including Germany, for failing to enforce a law on energy efficiency, the Commission said on Wednesday. Energy saving has shot up the list of EU priorities since the conflict with the European Union's biggest oil and gas supplier Russia over its actions in Ukraine increased concerns about energy security.

Germany's upper house of parliament, the Bundesrat, approved on Friday revamped legislation on funding renewable energy, clearing the way for the law to come into force on Aug. The far-reaching law, which seeks to cap support payments for renewables without jeopardizing the country's shift towards a low carbon economy, had hung in the balance, after months of negotiations, due to wrangling with European Union authorities over its compatibility with state aid guidelines. But Brussels granted its consent this week…