UK-based international oil and gas exploration and production company Energean Oil & Gas and the Public Gas Corporation of Greece (DEPA) have agreed to cooperate to further support the EastMed Pipeline Project.The have signed a Letter of Intent (LoI) for the potential sale and purchase of 2 BCM natural gas per annum from Energean’s gas fields offshore Israel, where Energean is investing $1.7 billion for the development of the Karish & Tanin fields through the FPSO “Energean Power”.DEPA…

Greek PM May Seek Sanctions Against Turkey in Gas Row 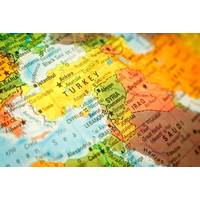 Greece and Cyprus will push their EU partners to penalize Turkey, including the possible option of sanctions, if Ankara is verified to have started drilling for gas west of Cyprus, Greek Prime Minister Alexis Tsipras said on Sunday.The discovery of lucrative energy reserves in the eastern Mediterranean has drawn into sharper focus long-standing tensions between Turkey and the Greek Cypriot government.A Turkish drill ship has been anchored west of Cyprus since May. 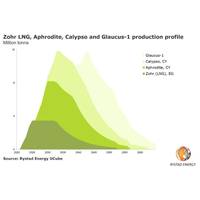 Oil giant ExxonMobil, together with partner Qatar Petroleum (QP), made giant gas discovery to the east Mediterranean region after finding a gas-bearing reservoir offshore Cyprus and estimated in-place gas resources in the reservoir at 5 to 8 trillion cubic feet (tcf) of gas.The gas discovery off the coast of Cyprus could either bring tensions between the Mediterranean island and Turkey to the boil or help resolve the 45-year dispute between them… 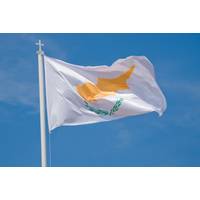 Turkey Says Other Countries Cannot Drill In Its Waters 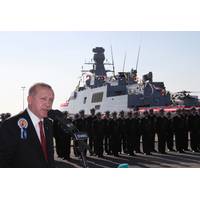 Turkey will not allow the exploitation of gas reserves in Turkish and north Cypriot waters of the eastern Mediterranean, President Tayyip Erdogan said on Sunday.The eastern Mediterranean is believed to be rich in natural gas, and attempts to tap resources there have revived tensions between Turkey and Greece, which has a defense protection pact with the internationally recognized Greek Cypriot government.Turkey and Cyprus have overlapping claims of marine jurisdiction and both plan to carry out exploratory drills this year.

Arkas Bunkering have signed a protocol with Japan-based Sumitomo Corporation for the use of liquefied natural gas (LNG) as bunker fuel in Turkish and nearby seas. As environmentally-friendly buildings, vessels and fuels have become more popular than ever, new applications acting as reminders for both states and civil initiatives of their environmental responsibilities continue to emerge. With International Maritime Organisation’s (IMO) global sulphur cap set to enter into force in 2020… 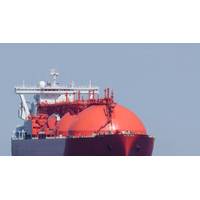 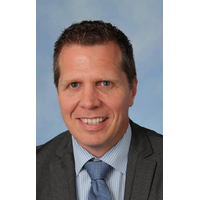 As the global energy transition in the oil and gas industry marks significant changes to come, regional adaptions will pose a broad variation of challenges and opportunities. DNV GL – Oil & Gas has appointed Ben Oudman as Regional Manager for Continental Europe, Eurasia, Middle East, India and Africa to further strengthen the company’s efforts to help the industry overcome barriers to progress. DNV GL’s 2017 Energy Transition Outlook report shows that while the energy transition is well underway…

Greece, Israel and Cyprus said on Thursday they would speed up plans for the development of a pipeline channelling gas to Europe from newly discovered east Mediterranean reserves. European governments and Israel agreed in April to move forward with a Mediterranean pipeline project to carry natural gas from Israel to Europe, setting a target date of 2025 for completion. Europe is keen to diversify its energy supplies, and Greece wants to promote itself as a hub for the transit of gas from the eastern Mediterranean to the continent.

TAP aims to reduce EU dependence on Russian gas, but Gazprom could gain access via open auction. Gazprom's bid to tap into a pipeline meant to wean Europe off Russian gas threatens to undermine a pillar of European energy policy and slow plans to develop rival deposits in the east Mediterranean. As the European Union struggles against the "iron embrace" of Russian pipelines, it has made opening a new Southern Gas Corridor to carry gas from Azerbaijan by 2020 a priority.

Cyprus received expressions of interest from ENI, Total, Statoil, Exxon Mobil, Qatar Petroleum, and Cairn in a licensing round for offshore hydrocarbon blocks which lapsed last week, its energy ministry said on Wednesday. Cyprus had placed three offshore blocks up for exploration. The most pronounced interest from two consortia and one company was for an offshore sea block in close proximity to the Zohr field offshore Egypt, where ENI reported the discovery of an estimated 30 trillion cubic feet of natural gas last year.

Cyprus Gets Six Expressions of Interest in Gas Licensing Round

Cyprus has received six applications from eight companies for licensing rights in three offshore blocks up for hydrocarbon exploration. The east Mediterranean island sits in the Levant basin, where neighbouring Israel and Egypt have made some of world's the biggest natural gas discoveries in the past decade. "Taking into account difficult industry conditions worldwide, we designed a process attracting companies which are financially robust and have experience both in research and in exploitation," Yiorgos Lakkotrypis, Cyprus's energy minister, said.

Greece, Israel and Cyprus will explore the possibility of building a natural gas pipeline to Europe, tapping huge gas reserves discovered in the eastern Mediterranean in recent years, leaders of the three countries said on Thursday. Israel has reported some of the largest gas finds in the past decade and EU member Cyprus confirmed a discovery in 2011, making both potential exporters. Groups of specialists will be appointed to assess the pipeline idea…

Greece, Cyprus, Egypt to Speed Up Talks Over Sea Boundaries

Greece, Egypt and Cyprus agreed on Wednesday to speed up talks to demarcate sea boundaries in the Eastern Mediterranean as part of efforts to turn the region into an offshore natural gas hub. Egyptian President Abdel Fattah al-Sisi, Greek Prime Minister Alexis Tsipras and Cypriot President Nikos Anastasiades met in Athens to discuss how they could take advantage of gas reserves especially after Egypt this year discovered the biggest offshore gas field in the Mediterranean.

Israeli Energy Minister Yuval Steinitz said he expects offshore natural gas exploration to accelerate in the next few months, with investment from some of the world's largest oil and gas companies. Steinitz said he recently met officials from ENI and 20-30 other energy firms, such as Shell, Hess , Exxon Mobile and EOG, in a bid to entice them to invest in Israeli fields off its Mediterranean coast. Under a framework agreement approved in August by lawmakers…

Braving all the political risks of the region, Italy's Eni aims to pull together its east Mediterranean gas empire headed by a giant Egypt find, into a major hub to supply Europe. State-controlled Eni, the biggest foreign oil and gas major in Africa, wants to use its deep ties with Egypt and Libya to help create the export hub for liquefied natural gas. It expects Libyan gas to flow into a hub when conflict abates, hopes to attract other producers…

Next Wave of FLNG Projects on the Horizon

There will be significant growth in both investment and activity in the FLNG market over the next seven years, with Douglas-Westwood (DW) forecasting total expenditure of $58.3 billion in its new market report. Sixty-one percent of this spend is attributed to liquefaction infrastructure, with the remainder from import and regasification facilities. Report author, Ben Wilby, commented, “The industry is about to see the installation of the first floating liquefaction projects.

An Egyptian court acquitted former oil minister Sameh Fahmy of charges of selling cheap gas to Israel and squandering public funds and threw out his 15-year jail sentence, a judicial source said on Saturday. Fahmy was first arrested and held in custody in April 2011. Prosecutors said former president Hosni Mubarak's government sold gas at preferential rates to Israel and other countries, costing Egypt billions of dollars in lost revenue. The ruling is likely to raise fears among human rights activists that the old guard was making a comeback… 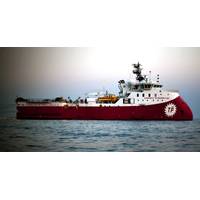 A Turkish research vessel will continue searching for oil and gas off Cyprus, Turkish Cypriot authorities said on Tuesday, extending a simmering standoff between rival sides on the ethnically-split island over offshore gas reserves. The row has already led to Greek Cypriots suspending participation in peace talks with estranged Turkish Cypriots, and on Monday they said they would not return as long as the vessel remained in the area. Barbaros…