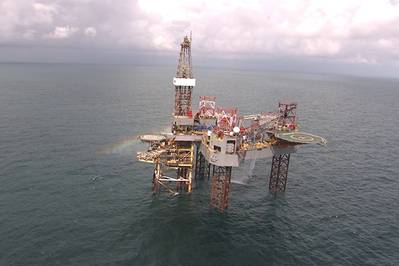 Independent oil firm DNO swung to a third-quarter loss amid writedowns on assets in the North Sea and northern Iraq, the Norwegian company said on Thursday.

The company's third-quarter loss came in at $140.9 million from a year-ago profit of $98.7 million, the company said, while adding it would maintain its dividend payout policy.

DNO made impairment charges of $138 million, including $89 million at the North Sea Brasse oil and gas discovery, jointly owned with Eni's Vaar Energi, which turned out to hold less resources than originally anticipated.

Still, the companies aim to present a preliminary plan in the second quarter of 2020 on how to develop the Brasse find, DNO said.

The company's impairments also included $33 million in additional costs for the planned decommissioning of Britain's Schooner and Ketch fields, as well as $16.2 million related to an impairment at Erbil in the Kurdish region of Iraq.

DNO's output rose 22% to 99,300 barrels of oil equivalent per day on-year, as measured on a so-called company working interest basis.