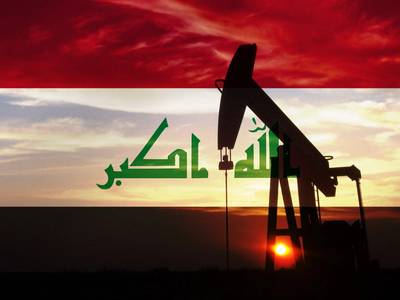 China National Petroleum Corp (CNPC), a top investor in Iraqi oil, has withdrawn about 20 employees from the West Qurna-1 field operated by U.S. major Exxon Mobil (XOM) because of tensions in the region, a company source familiar with the matter said.

CNPC made the move on Sunday after last week's killing of Iranian general Qassem Soleimani in a U.S. drone strike in Iraq, the Beijing-based source said, adding that the state firm has kept staff in place at two other fields.

Tehran retaliated with missile attacks on U.S.-led forces in Iraq on Wednesday, stoking fears of a wider war.

"CNPC pulled out its staff from West Qurna on Jan. 5, following Exxon's direction as they are the operator, right after the U.S. killing of Soleimani," the source said.

CNPC declined to comment on the matter. Exxon Mobil did not immediately respond to an emailed request for comment.

Iraq is the second-largest oil producer in the Middle East after Saudi Arabia, pumping at about 4.6 million barrels a day. The deteriorating security situation poses a heightened risk to foreign firms operating in its oil and gas sector.

CNPC had kept its staff of close to 60 at the Rumaila oilfield, a joint venture with operator BP, as well as a team of about 100 at the CNPC-operated Halfaya field, the source, who was not authorised to talk to media, said.

"Teams at Rumaila and Halfaya update headquarters on the securities situation on a daily basis. For now there's no plan for evacuations," said the source, who declined to be named.

Malaysia's foreign minister said there were 162 Malaysians in Iraq, the majority employees of state oil and gas company Petronas, and that the government was monitoring the situation.

"We have given instructions to nearby embassies to be prepared for if there needs to be any evacuation," Saifuddin Abdullah told reporters in the Malaysian capital Kuala Lumpur.

Petronas, formally Petroliam Nasional Bhd, did not respond to requests for comment. It has been operating in Iraq since 2010 with ventures in three oilfields, its website shows.

It holds equity in the Halfaya and Badra oilfields and is the operator of the Garraf oil field.

China's state-run CNOOC Ltd, which produces at the Maysan oilfield in southeast Iraq, said it had no immediate evacuation plan as it has already put in place a "very high" level of security measures due to long-term security concerns.

A spokesman for state-run Korea Gas Corp, which participates in development projects in Iraq such as the Zubair oilfield and Mansuiya gas field, said it is monitoring the situation and has maintained its staff of fewer than 10.