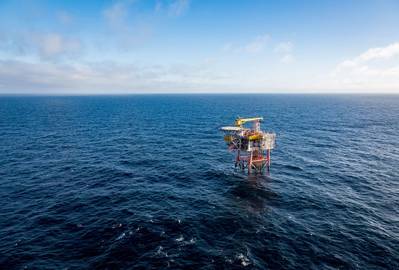 The company said on Wednesday earnings before interest and taxes rose to $403 million from $305 million in the same quarter a year earlier, lagging the $491 million expected by analysts in a Reuters poll.

The Oslo-listed firm's shares opened down 2 percent, lagging a 0.5 percent fall in the European oil and gas index.

"Revenues were impacted by low oil prices at the end of the quarter," Aker BP said in a statement.

The company said production costs rose to $13 a barrel in the last quarter, partly due to its increased stakes in the Valhall and Hod fields and higher maintenance during the year.

Full-year production costs were $12.1 a barrel, in line with previous guidance.

Aker BP forecast these expenses would rise slightly in 2019 due to maintenance and modifications, especially at the Valhall and Ula fields.

The company, 30 percent owned by BP Plc, also said it would pay a quarterly dividend of $0.5207 per share amid strong cash generation from output growth. This was more than the $0.38 anticipated by analysts.

The increase came after the company said in January it would boost dividend payments between now and 2023, amounting to a total of $750 million in 2019 and up from $450 million a year earlier.

In total, the company's so-called contingent oil and gas resources in discoveries grew by 23 percent in 2018 due to new acquisitions.

Aker BP, created in 2016 from the merger of Norwegian billionaire Kjell Inge Roekke's oil firm Det norske and the Norwegian arm of BP, has grown rapidly to become the second-largest licence holder on the Norwegian continental shelf.