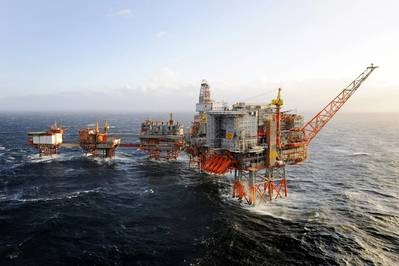 Norway's Aker BP will boost dividend payments between now and 2023 and step up investment in developing offshore oil and gas fields next year, the independent oil company said on Thursday.

The result of a 2016 merger between the Norwegian operations of BP and the Det norske oil firm owned by Norwegian billionaire Kjell Inge Roekke, Aker BP has become the second largest licence holder on the Norwegian continental shelf.

"As the company is increasing its production, and the production costs are falling, then dividends should be trending upwards. That's simple," Aker BP's outgoing Chief Financial Officer Alexander Krane told an investor presentation.

He told Reuters the company could stick to its new dividend plan even if the price of North Sea oil falls back to $50 a barrel, where it stood at the end of 2018.

Brent was trading at over $60 a barrel on Thursday.

The aggressive dividend policy sent Oslo-listed Aker BP shares up 5.2 percent by 1455 GMT, outperforming the European oil and gas index which was down 0.3 percent.

The company also said it would raise capital expenditure by a third to $1.6 billion between 2018 and 2019, and its exploration spending by 40 percent to $500 million over the same period as it planned to drill 15 exploration wells, an annual record.

"Looking at the market from 2013 and onwards, it was cheaper to buy than to find oil, but the trends are changing, and in 2018 it was cheaper to explore for oil and gas instead of buying," she told the investors' presentation.