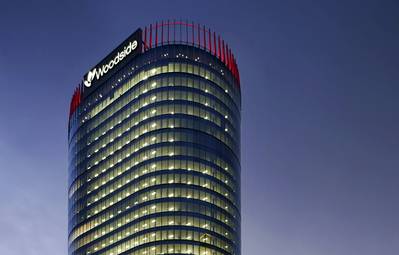 Woodside Petroleum Ltd has pushed out the final approval date for its mammoth Browse gas project but slightly brought forward plans to sign off on its smaller Scarborough project as it races to fill an anticipated global supply gap.

Woodside, Australia's top independent gas producer, said on Thursday it is now targeting a final investment decision on the $20.5 billion Browse project in the first half of 2021 as it continues to wrangle with its partners. It had previously expected approval in late 2020.

However, Woodside also said it now aims to sign off on the $11 billion Scarborough gas project and Pluto LNG expansion in early 2020, as opposed to the first half of 2020.

"We feel very motivated and confident about the timetables that we've laid out," Woodside Chief Financial Officer Sherry Duhe told Reuters in an interview.

"Our competition is global," Duhe added. "The entire global LNG community has obviously seen that there's a supply gap that's sitting out there once we get past 2021, 2022, and we believe that our projects are perfectly timed."

The faster timetable for the Scarborough project is dependent on Woodside reaching an agreement with its partner BHP Group on a price for processing gas from the field at the Pluto plant.

Pressure is on BHP to finalize a tolling agreement before the end of the year, Duhe said, noting that BHP has an option that expires on Dec. 31 to increase its stake in Scarborough by 10% to 35%.

"We're just haggling on the final bit of pricing on the toll," Duhe said.

"Time is definitely working in all of our favor now to just go ahead and ink that deal so that we can move to FID (final investment decision) in early next year on both Scarborough and Pluto."

BHP had no immediate comment on its plans for Scarborough. It has previously said it sees the project as an attractive low risk opportunity but with lower returns compared to some of its other growth options.

Browse talks
Discussions on Browse, the biggest undeveloped gas resource off northwestern Australia, are more complicated as they involve several partners in both the field and the associated West Shelf LNG plant, with only some overlap in ownership.

Chevron Corp and BHP are stakeholders in the LNG plant but not Browse, and PetroChina (PCCYF) is in Browse but not the LNG plant. The other stakeholders -- Woodside, Royal Dutch Shell (RYDAF), BP Plc and Japan's Mitusbishi Corp and Mitsui & Co are on both sides of the fence.

Woodside said it still expects the partners to be able to hit go on preliminary engineering for Browse, which has been stuck on the drawing board for years, by the end of this year.

Duhe said Woodside also aims to sign off on its $3 billion Senegal oil project before the end of this year, ahead of a ruling on an arbitration with its partner FAR Ltd over Woodside's stake in the project.

"We don't see that in any way interrupting our plans to move forward to FID and into construction," Duhe said.