There are around 200 offshore oil and gas projects currently being planned for development using a floating production system, however, at around $2B apiece – some up to $5B – final investment decisions will depend on the market situation and the outlook for oil and gas doesn’t seem too bright. Still, around 60 units are expected to be ordered by 2025, per World Energy Reports.

In an interview for Offshore Engineer TV on the outlook for floating production systems, Jim McCaul, head of International Maritime Associates and World Energy Reports, who has followed the industry for 25 years, said:”…We're looking at about 200 projects that are in the planning stage at this point. About 120 of them are FPSO projects, and the rest are other types of floating production systems.”

However, McCaul says, none of those projects will go forward if the underlying market conditions don’t warrant it.

“It's one thing to have a project in the planning stage; it's another to make an investment decision to spend a billion or $2 billion in getting a field and operation,” he adds.

It’s fair to say that the business situation for the oil and gas industry has been far from rosy this year with the COVID-19 pandemic, economies slowing down, and oil prices dropping.

“So what's happened over the last nine months since the beginning of this COVID situation? The market essentially tanked. It's one of many markets in the world that has tanked, but the deepwater market has absolutely gone down to shoot.

COVID-19 is the absolute big gorilla in the corner here that people have to take into account, he adds.

“The field operators have all been cutting expenses. The latest has been ExxonMobil, who, up until just recently, has basically been one of the positive thinkers and planning to spend a lot of money. They've cut back tremendously. Chevron before that."

"And actually, all of the field operators, all the upstream companies, I don't think without exception, everyone has cut back on their CapEx. So obviously, that's put the floating production sector in limbo at the moment. It's really the question of when COVID-19 will go away,” McCaul says. 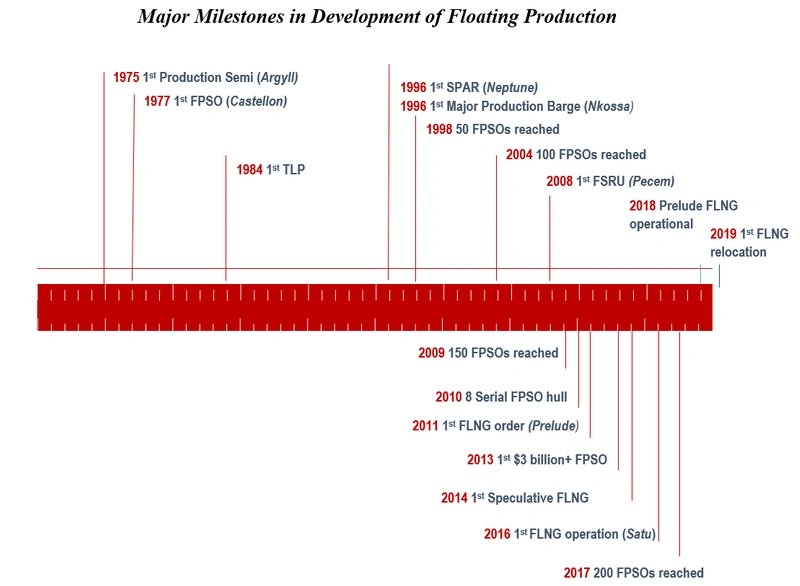 WorldEnergyReports expects a minimum of 2 years, and as long as 5+ years will be required before global energy demand gets back on historical track, and even then, with the growth of renewables and the global drive to phase out fossil fuels, oil demand could peak within a decade or two. Some say it’s already peaked.

"Coming behind COVID 19 is the energy transition, and energy companies are stepping over themselves to get into the renewables business. And renewables basically cuts into fossil fuels. And fossil fuel demand decreases, so will deepwater demand," McCaul says.

"So this is a long-term impact. So what you have now when you think about these 200 projects in the pipeline, you have the field operator looking at the immediate situation, which is COVID-19, and there's still great uncertainty about when it will eventually end, and the field operator, the upstream operators, looking at the longterm next five, 10, 15 years of varying estimates of when oil demand will peak.

"And within that situation is trying to make a decision on spending $1, $2 billion on a project that won't come into operation until about five years, four years after he makes that decision. It won't generate any positive cash until about seven or eight years and by that time, if you believe certain people, demand for fossil fuel will have collapsed. So this is the situation that these operators are facing, and it basically works its way back into the floating production business and at the floating production orders. And it's causing the hiatus that we now see in the business," McCaul says.

So, will the situation improve and when?

Jim McCaul says: ”We're looking at it going well into 2022, perhaps into 2023 before the impact [of the coronavirus]  fully dissipates. So, during that time, the deepwater business, the floating production orders will all be held back. I think by 2024, 25, which is the later years of our five-year forecast, things should look a lot better. 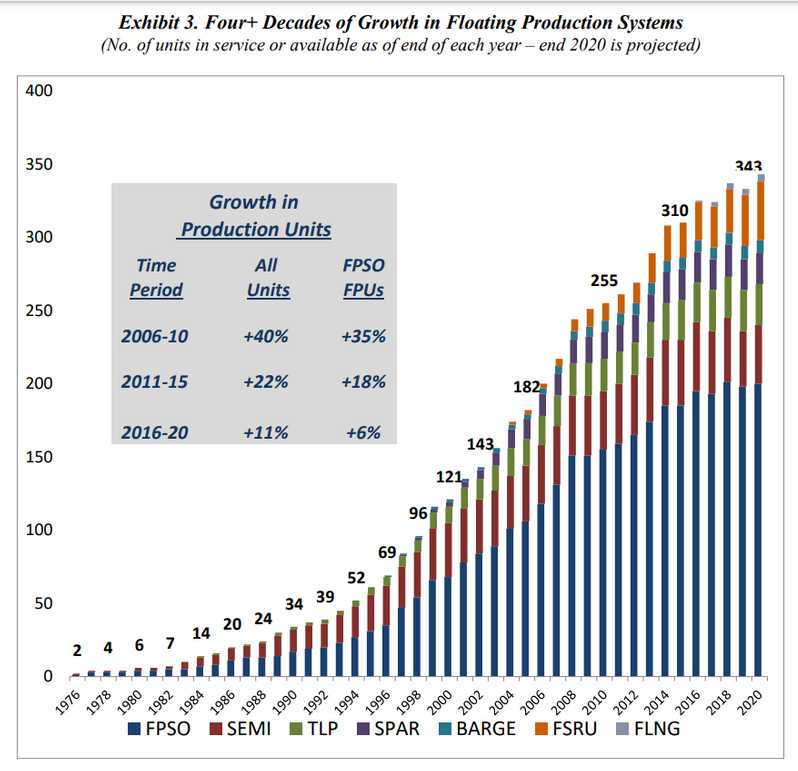 60 floaters to be ordered over 5 years

According to World Energy Reports' freshly released "Analysis of Future Business Drivers and Forecast of Floating Production System Orders between 2021/25," (Paywall) oil and gas companies are expected to order around 60 floating production units over the next five years. The total expected number includes FPSO, FPU, FSRU, and FLNG units.  However, the majority of these orders are expected to take place from 2023 onward.

Per the report, this year’s forecast of orders and CAPEX is significantly lower than last year.

The number of FPSO and FPU orders between 2021/25 in WER's most likely scenario is 31% lower than forecast for 2020/24. FLNG orders are down 17%, FSRU orders are down 40%. Capex associated with building and conversion contracts is 15% lower than last year’s forecast.

McCaul expects things to pick up considerably in the 2024 - 2025 period, as lack of investment in upstream facilities at this point is eventually going to result in a lack of supply.

"The next two years are going to be pretty lean. Certainly, 2021 is going to be lean. 2022 will get better. By the time we get into 2023, 24, 25, I think the orders are going to go way up. And I think it's inevitable that this will happen because there is a need for the oil production and people, including us, think that deep water is going to contribute about 8% to 12% of all of the oil production over the next decade or so.

McCaul expects things to pick up considerably in the 2023 - 2025 period, as lack of investment in upstream facilities at this point is eventually going to result in a lack of supply.

“There's going to be a supply-demand imbalance and prices will go up. And these oil companies, the big ones will come back into it. And I think the expenditures could really go quite higher back in the later years in this five-year forecast," he says.

"The next two years are going to be pretty lean. Certainly, 2021 is going to be lean. 2022 will get better. By the time we get into 2023, 24, 25, I think the orders are going to go way up. And I think it's inevitable that this will happen because there is a need for the oil production and people, including us, think that deep water is going to contribute about 8% to 12% of all of the oil production over the next decade or so," McCaul adds.