Venezuela's Deals to Shield Citgo from Creditors in Doubt 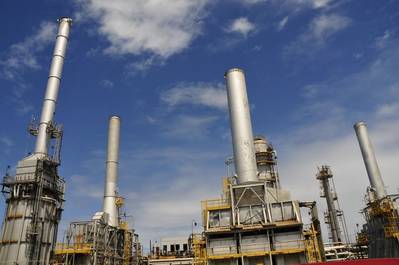 Venezuela is facing the possible unraveling of a pair of billion-dollar settlements aimed at protecting the cash-strapped country's U.S.-based Citgo Petroleum Corp from seizure by creditors.

A lawyer for Canadian mining company Crystallex International Corp said on Tuesday Venezuela had breached the $1.4 billion November agreement that resolved a long-running fight over an expropriated gold mine.

Separately, Venezuela's $1.3 billion settlement in October with Rusoro Mining of Vancouver, also over expropriated mining assets, has been upended by U.S. sanctions on Caracas, a source told Reuters.

Venezuela's Information Ministry did not immediately reply to a request for comment.

Both companies had their sights on getting a U.S. court order to auction the parent company of Citgo, which is indirectly owned by Venezuela through its state oil company, PDVSA.

While Venezuela has been crippled by an economic crisis and has defaulted on tens of billions of dollars of debt, it has struck deals to protect Citgo's refineries, a key destination for Venezuela's crude.

Crystallex attorney Robert Weigel said in a statement that Venezuela breached its agreement because PDVSA continued to try to overturn a court order that allowed Crystallex to seize the stock in Citgo's parent company.

A lawyer for PDVSA disputed that a Monday filing with a federal appeals court amounted to a breach.

"As far as I'm aware, PDVSA is not a party to a settlement with Crystallex," said Joseph Pizzurro, the Curtis, Mallet-Prevost, Colt & Mosle.

Crystallex plans to restart efforts to auction Citgo, according to Weigel, of Gibson, Dunn & Crutcher.

Crystallex also hired the Moelis & Company investment bank to advise it on a possible sale of Citgo, although that process has been stayed during the appeal by Venezuela and PDVSA.

Rusoro's deal in October required Venezuela to pay $100 million by the end of November. Caracas transferred some of that payment to a Canadian bank which returned the funds to Venezuela due to concerns about violating U.S. sanctions, a source familiar with the situation told Reuters.

An attorney for Rusoro did not respond to a request for comment.

Sanctions have become a headline concern since Meng Wanzhou, the chief financial officer of China's telecoms giant Huawei Technologies Co Ltd, was arrested in Canada on Dec. 1 at the request of U.S. authorities.

Meng, the 46-year-old daughter of Huawei's founder, was accused of misleading multinational banks about Huawei's business in Iran, putting the banks at risk of violating U.S. sanctions against Iran, court documents said.