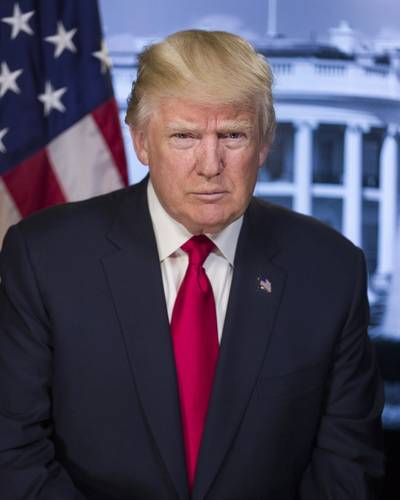 President Donald Trump's administration has been contacting U.S. energy companies to ask them about their views on the U.N. global climate accord, according to two sources with knowledge of the effort, a sign Trump is reconsidering his 2016 campaign pledge to back out of the deal.
The sources, who asked not to be named because they are not authorized to speak publicly on the subject, said many of the companies reached by the administration had said they would prefer the United States remain in the pact, but would also support reducing the U.S. commitments in the deal.
The accord, agreed by nearly 200 countries in Paris in 2015, would limit planetary warming in part by slashing carbon dioxide and other emissions from the burning of fossil fuels. As part of the deal, the United States committed to reducing its emissions by between 26 and 28 percent below 2005 levels by 2025.
The sources did not name the companies contacted.
One of the sources said the companies were "publicly traded fossil fuel companies," and added the White House would consider their input in making a decision on the Paris accord shortly. The source said the White House has been leading the discussions with the fossil fuel companies and the State Department, which represents the United States in climate negotiations, had not taken part.
A White House official declined to comment.
Trump has called climate change a hoax and vowed during his campaign for the White House to pull the U.S. out of the Paris deal, claiming it would be too costly for the U.S. economy.
Since being elected he has been mostly quiet on the issue. In a New York Times interview in November he said he would keep an open mind about the Paris deal. He and members of his family and inner circle also met with climate change advocate and former Vice President Al Gore in December.
Officials for Exxon Mobil (XOM), ConocoPhillips (COP), Chevron (CVX), Peabody Energy Corp and others did not immediately comment when asked about whether they had been contacted by the White House about the Paris accord.
But several, including Exxon Mobil and ConocoPhillips, have expressed public support for the pact.
Oil Company Support
Exxon Mobil Chief Executive Darren Woods recently called the pledges that came out of the Paris agreement an “effective framework” for dealing with emissions, and pointed to Exxon’s own work to cut its carbon emissions.
In comments on Exxon’s website, Woods wrote: “I believe, and my company believes, that climate risks warrant action and it’s going to take all of us – business, governments and consumers – to make meaningful progress.”
Rex Tillerson, Exxon’s former CEO and now U.S. Secretary of State, also supported remaining a part of the climate change discussion during his confirmation hearing. He said he did not see climate change as an imminent national security threat but said the U.S. would be "better served by being at that table" and remaining a party to climate change negotiations.
Conoco CEO Ryan Lance similarly said he favored the U.S. remaining in the Paris agreement during CERAWeek comments last week. The energy company has said it expects the push for lower-carbon energy sources to create opportunities for its natural gas operations, and its investments in carbon-capture and storage.
J. Robinson West, former chairman of Magellan Petroleum Corp., and now a managing director at Boston Consulting Group, says President Trump’s anti-Paris accord sentiments probably reflect his dealings with the CEOs of smaller oil companies that operate only in the U.S., not the major oil companies.
"There are two classes of companies – the independents, which are much more influential with this administration, and the global oil companies. The independents are anti-climate change ... all this stuff costs them money. The global companies operate all over the world. They have to operate at one standard - the highest standard - wherever they operate.”
Global oil companies have spent heavily on environmental regulation compliance in recent years. Exxon Mobil, for example, logged $4.9 billion in environmental spending in 2016, about 2.24 percent of total revenue, according to its annual report with the Securities and Exchange Commission. ConocoPhillips, meanwhile, spent $627 million, or 2.57 percent of revenue. 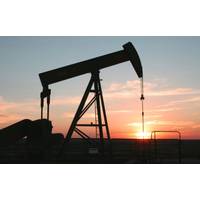