President-elect Donald Trump on Wednesday named former Texas Governor Rick Perry to head the U.S. Department of Energy, handing the job to a climate change skeptic with close ties to the oil industry who once proposed abolishing the department.
The choice adds to a list of drilling proponents who have been tapped for top jobs in Trump's administration, pleasing an industry eager for expansion but worrying environmental groups concerned by the U.S. role in global climate change.
Trump, who takes office on Jan. 20, has made energy policy a central issue in his agenda.
He has promised to revive oil and gas drilling and coal mining by cutting back on federal regulations. He also has said he would pull the United States out of a global deal to curb emissions of carbon dioxide, which an overwhelming number of scientists say contribute to changes to the climate that are leading to sea level rise, droughts and more frequent violent storms.
In a statement from Trump's transition team, the president-elect cited Perry's tenure leading Texas, the nation's second most populous state and a major producer of oil, gas and wind power, from 2000 until 2015.
Trump said in the statement that Perry created "a business climate that produced millions of new jobs and lower energy prices in his state, and he will bring that same approach to our entire country as secretary of energy."
Perry, a one-time presidential rival and critic of Trump who unsuccessfully sought the Republican nomination in 2016 and 2012, welcomed the planned nomination, which requires Senate confirmation.
Perry would replace Ernest Moniz, a physicist who was one of the chief negotiators in last year's Iran nuclear deal while energy secretary. The department is responsible for U.S. energy policy and oversees the nation's nuclear weapons program.
On Tuesday, Trump named Rex Tillerson, chief executive of oil giant Exxon Mobil Corp, as secretary of state. His pick for the Environmental Protection Agency is Oklahoma Attorney General Scott Pruitt, an ardent opponent of Democratic President Barack Obama's measures to curb climate change.
Joseph Hall, a partner at the international law firm Dorsey & Whitney, which represents energy clients, said the Perry pick was a good sign for industry.
"I suspect Perry will be well received by the energy sector," Hall said. "He understands carbon policy, the oil and gas business and generation and transmission development."
"If confirmed, in the short term, I would look for additional thought leadership from the Department of Energy on carbon capture and sequestration development and technologies as a mechanism to facilitate the use of domestic fossil fuels," Hall added.
OIL TIES
After his tenure as Texas governor, Perry joined the board of directors of Energy Transfer Partners, a Texas-based company building the Dakota Access Pipeline in North Dakota that has been stalled by protests by the Standing Rock Sioux tribe and supporters.
Trump's team has said it would review the U.S. government's decision to delay the pipeline's final completion once he takes office next month.
Perry has also said he believes the science around climate change is not yet settled, and has referred to himself as a climate change skeptic.
Anthony Scaramucci, a member of the Trump transition team's executive committee, said the president-elect was focused on preserving the environment as well as boosting the nation's energy production.
"Whether you believe in climate change or not, we want clean air, we want clean water for the American people. What we also want is energy independence," Scaramucci told CNN in an interview.
If Perry's nomination is confirmed by the U.S. Senate, he would be in charge of a federal department that he had proposed eliminating during his bid for the 2012 Republican presidential nomination.
During a November 2011 Republican presidential candidate debate, Perry could not remember all of the three Cabinet-level departments he wanted to eliminate.
After mentioning the departments of commerce and education, he said, "I can't. The third one, I can't. Sorry. Oops." A few minutes later in the debate Perry said with a laugh, "By the way that was the Department of Energy I was reaching for a while ago."
Billionaire environmental activist Tom Steyer, who backed Trump's Democratic opponent Hillary Clinton in the Nov. 8 election, said he hoped Perry's nomination would be blocked.
"Trump no longer has to abolish departments. He can dismantle them from within," Steyer said. "It's now up to the Senate to defend our health, our economy and our democracy by defeating this nomination."


(Reporting by Susan Heavey and Steve Holland; Writing by Richard Valdmanis; Editing by Chizu Nomiyama and Will Dunham)
Email 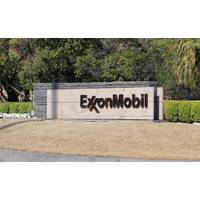