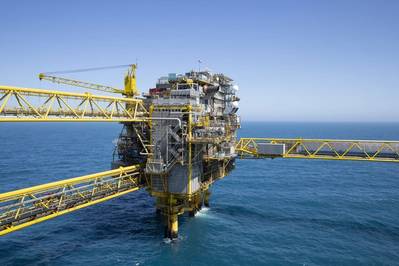 French oil major Total SA (TTFNF) said on Thursday it would cut 200 jobs in Denmark as part of the redevelopment of the Tyra gas fields in the North Sea.

Total, which bought A.P. Moller-Maersk's oil and gas business in 2017, will shut production at the Tyra gas fields at the end of 2019 as part of a major redevelopment.

"Unfortunately, the changes mean that a number of valued colleagues will leave us," Patrick Gilly, managing director for Total's Danish North Sea operations said in a statement.

When the field comes back on stream in 2022, the infrastructure at Tyra will process more than 90% of the natural gas from the Danish North Sea, Total said.

Before Total bought the business, Maersk had in 2017 together with its partners in the Danish Underground Consortium (DUC) decided to invest 21 billion Danish crowns ($3.2 billion) in redeveloping the Tyra gas fields - the largest ever investment in the Danish part of the North Sea.

After the jobs cuts at its hub in Esbjerg, Total Exploration & Production will have around 1,300 employees at the site. Total has around 360 employees at its Copenhagen office.