Crude tanker rates have continued to strengthen during the early part of the fourth quarter of 2018, particularly in the Atlantic Basin with Aframax tanker rates in this region attaining levels not seen since December 2016 and Suezmax tanker rates averaging the highest since March 2017, says Teekay Tankers (TNK).

The conventional tanker fleet operator said that crude tanker spot rates firmed counter-seasonally during the third quarter of 2018, which is typically the weakest quarter of the year, as higher OPEC and Russian oil production, coupled with strong crude oil exports out of the U.S. Gulf, offset the impact of seasonally lower oil demand.

Crude tanker rates during the third quarter of 2018 averaged higher than rates in the second quarter for the first time since 2014, said the Bermuda-based company in a release.

"While the Pacific Aframax market has not risen as strongly, rates have trended higher than prior quarters. This strength in rates is being driven by high levels of global oil production in recent months, with OPEC adding a net 1.0 million barrels per day (mb/d) of crude oil production to the market since April 2018," it said.

Most of this increase has come from the Middle East and Libya, with increased production in these regions more than offsetting lower production from Venezuela and Iran. Russia has added 0.4 mb/d of oil production over the same time frame, which has increased mid-size tanker demand in the Baltic, Black Sea and Mediterranean.

U.S. crude oil exports have also increased in recent months, and have averaged over 2 mb/d since May 2018. This is also positive for mid-size tanker demand, due to both direct exports to Europe on Aframaxes and Suezmaxes and through reverse lightering demand in the U.S. Gulf.

New U.S. sanctions on Iranian crude oil imports entered into force on November 5, 2018. However, it is becoming more apparent that the other members of OPEC have sufficient spare oil production capacity to be able to offset any decline in Iranian exports.

In addition, the U.S. recently granted waivers to eight countries, allowing them to continue importing Iranian crude for the next six months. The resulting increase in oil production has pushed crude oil prices back below $70/bbl, which is positive for tanker earnings in the near-term due to lower bunker costs.

However, it may cause OPEC to revisit production levels in the coming months, which could create some rate volatility through the early part of 2019.

"One of the key drivers behind the recent strengthening in crude tanker rates is the very low level of fleet growth seen year-to-date. During the first nine months of 2018, a total of 22.7 million deadweight tonnes (mdwt) of tankers were delivered into the fleet while 19.2 mdwt were removed for scrapping, resulting in net fleet growth of just 3.5 mdwt (or 0.6 percent)," the release pointed out.

Looking ahead, Teekay forecasts that fleet growth will increase moderately in 2019 due to a relatively lower level of scrapping, but is expected to remain below long-term average levels of approximately 3 percent.

It expects that fleet growth will also remain low in 2020 based on the current orderbook and the very limited remaining slots available at shipyards in that year.

"Global oil demand remains firm, though forecasting agencies have slightly revised down their outlook for 2019 based on expectations of a modest slowdown in the global economy," it said. 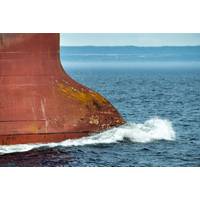