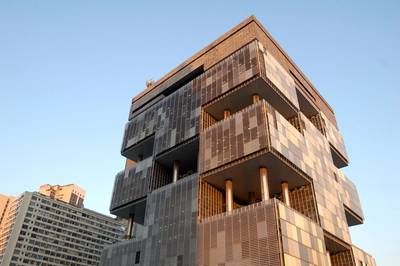 Crimefighters in Switzerland and Brazil pledged to intensify cooperation to resolve the sprawling corruption case linked to state oil firm Petrobras in which around 700 million Swiss francs ($701 million) remain frozen in Switzerland.

Switzerland has so far returned roughly 365 million Swiss francs ($365.6 million) to Brazil related to Petrobras and construction firm Odebrecht, the Swiss Office of the Attorney General (OAG) said on Tuesday, including 9 million francs in March.

Around 70 related criminal proceedings are under way in Switzerland, two of which are scrutinizing Swiss financial groups, the OAG said after Swiss Attorney General Michael Lauber and Brazilian Prosecutor General Raquel Dodge met in Brasilia on Monday.

"The two counterparts signed a joint declaration reaffirming their commitment to continue and intensify their cooperation," the OAG said in a statement.

More than 130 businessmen and politicians have been convicted in Brazil in the case, focused on political kickbacks and money laundering at Petrobras and Odebrecht. Ex-Brazilian President Luiz Inacio Lula da Silva is serving a 12-year prison sentence.

Around 15 criminal cases opened in Switzerland have been passed along to authorities in Brazil. The probe has also swept up leading global commodity traders based in Switzerland. The Swiss are assisting Brazilian prosecutors investigating alleged bribery and corruption links to Vitol, Trafigura and Glencore (GLCNF).