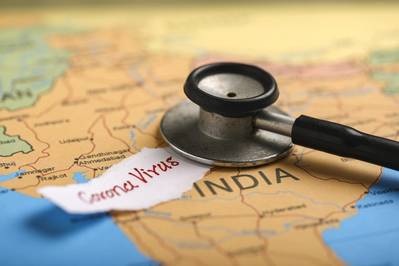 The problem for crude oil market bulls is that every time they think they have built up steam, something comes along to knock the momentum off track.

The coronavirus surge in India and the imposition of states of emergency in populated parts of Japan, including Tokyo and Osaka, to deal with rising infections from the pandemic are the latest cases in point.

Given that India and Japan are the world's third- and fourth-largest crude importers, it's likely that fuel demand will take a substantial hit in coming weeks.

The situation appears particularly concerning in India, with Prime Minister Narendra Modi saying that a "storm" of infections has shaken the country, where cases jumped by an all-time high of 352,991 in the past 24 hours - a fifth straight daily record.

India, a country of 1.3 billion people, has recorded a total of more than 17 million infections and over 195,000 deaths, with daily cases going up by eight times and deaths by 10 times in the past month.

Apart from the human toll and the incredible strain being placed on India's struggling health system, the South Asian nation is likely to see a decline in fuel demand as people stay home and economic activity slows.

Quantifying the hit to demand is a challenge, as the government has yet to impose strict lockdowns as it did this time last year when the novel coronavirus first spread.

This would represent a major dent in fuel demand, and would likely hit India's crude oil imports in coming months, adding to signs that demand was already moderating after recovering since the first wave of the virus.

India's monthly crude imports were usually around 4.6 million bpd prior to the pandemic.

The catalyst for lower imports this month is most likely the recent rise in oil prices, with global benchmark Brent having gained 17% since the start of February, to around $65.99 a barrel in early Asian trade on Monday.

India has expressed unhappiness with the actions of major exporters in the producer group known as OPEC+ to restrict output in a bid to lift prices, and has made known it will attempt to diversify its purchases away from the group and toward other exporters, such as the United States and Brazil.

The lower April imports are a reflection of prices that prevailed around the start of February, when cargoes for delivery this month would have been arranged.

Given the lag between crude purchases and delivery, it's likely that any reduction in demand because of the current virus outbreak will only show up from June or July.

The prevailing market view is that the second half of the year will see higher global crude demand as the world economy recovers from the pandemic, especially as vaccinations become more widespread.

But there is a risk that the majority of crude market analysts may be missing the extent of the issues in countries like India, and instead are focusing on the successes in rolling out vaccines in developed countries such as the United States and Britain.

While a recovery in demand, and the lowering of excess global crude oil inventories, is still a likely scenario, the X-factor is that coronavirus surges like in India will rub some shine off what is still an overall bullish outlook. 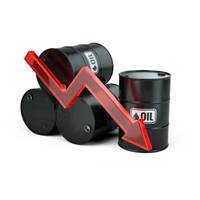 Oil prices tumbled on Friday, closing out a week of losses on worries that travel restrictions to curb the spread of the… 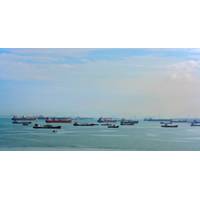 Another month, another weak outcome for crude oil in Asia, the world's top-consuming region, with July's imports declining for a fourth month in five