Ithaca Energy Inc. announces the successful completion of flow test operations on the fifth and final development well on the Stella field, with the well achieving a flow rate of over 8,000 barrels of oil equivalent per day (“boepd”).

Well 30/6a-A3Y (“A3”) is the fifth development well drilled on the Stella field. The well was drilled to a total measured depth subsea of 14,267 feet, with a 2,137 foot gross horizontal reservoir section completed in the Ekofisk chalk reservoir, the secondary reservoir underlying the primary Stella Andrew sandstone formation in which the first four Stella wells have been drilled. The Ekofisk well intersected a net reservoir interval of 2,073 feet, equating to 97% net pay.

A clean-up flow test was performed in order to remove the chemical stimulation fluids injected to enhance the natural fracture network of the chalk formation and improve the long term production performance of the well.

Following the initial clean-up period, a series of production flow tests were conducted on the well over approximately five days in order to obtain additional data and fluid samples to assist with future reservoir management. The well was flowed at rates up to 7,172 barrels of oil per day (“bopd”) on a 48/64 inch choke, with a gas/oil ratio of approximately 1,850 standard cubic feet per barrel (“scf/bbl”). The average flow rate over a 12 hour period was 8,080 boepd, comprising 6,191 bopd and 11.3 million standard cubic feet per day (“MMscf/d”). Fluid samples show that the oil gravity is approximately 39° API.

The A3 well is currently in the process of being suspended and operations are scheduled to be completed in the coming days. As with the previous Stella development wells, the suspension configuration is such that the well can be brought on to production without the requirement for any further well intervention activity once the “FPF-1” floating production facility is on location and hooked up.

Upon completion of operations on the A3 well the ENSCO 100 drilling rig will be demobilised from the field, marking the end of the Stella development drilling campaign. The five Stella wells that have been drilled have achieved a combined maximum clean-up flow test rate in excess of 53,000 boepd (100%). This well capacity significantly de-risks the initial annualised production forecast for the Greater Stella Area hub of approximately 30,000 boepd (100%), 16,000 boepd net to Ithaca.

Les Thomas, Chief Executive Officer, commented, “We are very pleased to have delivered another successful flow test on the fifth and final well in the Stella development drilling programme. The results of the Ekofisk well further de-risk forecast cashflows from the Stella field and the high oil content of the well is encouraging for maximising liquids production during the period when the FPF-1 facilities will be operating at plateau gas production rates. We are also encouraged that there is further upside potential for reserves development in the Ekofisk formation.” 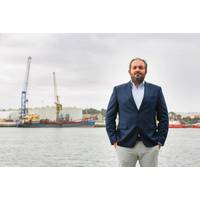 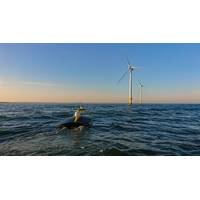 The move to autonomy on the world's waterways is undeniable, with the direction clear, the pace hazy. What is clear is the need for reliable…