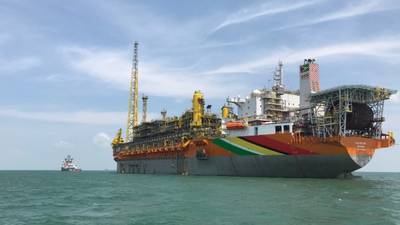 An ExxonMobil-led consortium, which includes Hess Corp and China's CNOOC Ltd, began producing crude from the Liza well on Friday. The companies have discovered more than six billion barrels of recoverable oil and gas in a massive offshore block.

Guyana has no history of oil production, nor any domestic refining capacity, so it launched an auction last week to sell three cargoes from the share the government is entitled to under the contract. It plans to search for a partner for a longer-term deal to market the government's share of crude early next year.

The Shell deal represents an important first test for Liza crude, a light, sweet grade that could pose new competition for U.S. shale. But the grade's price and refining qualities are unknown, and the sale will provide valuable information for Guyana and for those interested in long-term supply agreements.

"Shell looks forward to supporting the development of Guyana's oil marketing as it establishes itself as a major new source of crudes for the market," a Shell spokesman said in a statement.

The government's first cargo is expected to be lifted in February. Exxon, which operates the project and holds a 45% stake in the venture, will directly lift the first cargoes, while Hess, which holds a 30% stake, will lift a cargo later in the month.

Guyana's Department of Energy said Shell Western Supply and Trading had been chosen from a group of nine listed international oil companies that presented proposals because its "competitive pricing" would protect the government from volatility.

It added that Shell demonstrated "willingness to share critical refinery information" to help it understand characteristics of Liza's crude, a new grade.

"The sale has been premised on a Dated Brent price basis which reflects the tradable, spot market value of crude oil," the department said in a statement. Pricing details will be publicly disclosed in the future, it added.

Exxon, Hess and CNOOC also bid for the government's share, along with oil majors BP, Chevron (CVX), Total and Eni.