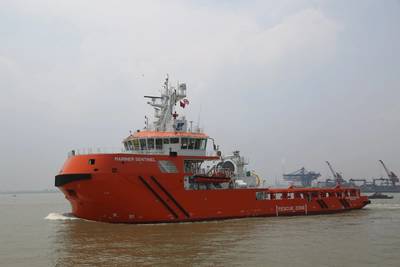 Sentinel Marine said it has secured two new contracts bringing the Aberdeen-headquartered firm’s contract wins to a total of £26.4 million ($34.4 million) since January this year. The latest contract wins will provide continued employment for 72 seafarers in the North Sea.

Sentinel Marine’s contract with Statoil UK Limited will see the provision of an emergency response and rescue vessel (ERRV) Portland Sentinel in the energy producer’s Mariner field from the beginning of August. The Portland Sentinel will join Mariner Sentinel, the latest vessel to join the Sentinel Marine fleet. Sentinel Marine will provide support for a one-year period, with further option periods available at the culmination of the firm contract period.
In addition, the offshore support vessel supplier has also secured a contract with INEOS to support drilling operations in the Breagh gas field, as well as providing ERRV support at production facilities in the southern North Sea. The vessels chartered will be Forties Sentinel and Sentinel Ranger.
The two contracts build upon an already-successful year for Sentinel Marine, which has seen the launch of new vessels and a string of contracts, including with Nexen Petroleum UK Limited. And with a further three new builds underway and due for delivery in 2017 and 2018, the company expects to continue to secure significant contracts in the North Sea as operators see the value for money, and health and safety benefits, in contracting with new vessels which are purpose built rather than converted from previous uses.
“The launch of these two contracts represents a significant step forward for Sentinel Marine, and adds to what has already been a very successful year,” said Rory Deans, chief executive of Sentinel Marine.
“Sentinel Marine has the youngest fleet in the sector, and by using purpose-built, multi-role vessels can provide a streamlined, more efficient service for our clients. Equipped with cutting-edge technology, our fleet is specially designed for the rigors of working in the North Sea oil and gas industry and is more fuel efficient.”
Sentinel Marine has offices in Aberdeen and Singapore and owns a fleet of seven vessels, with three new builds on order, providing reliable, disruption-free and safe services to the oil and gas marine industry.
Email