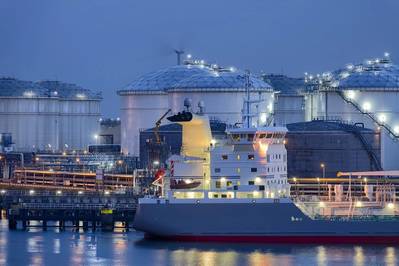 At Costa Azul, Sempra has said Energia Costa Azul LNG has non-binding 20-year agreements with units of Total SA (TTFNF) of France and Mitsui & Co and Tokyo Gas Co Ltd of Japan to buy about 0.8 million tonnes per annum (MTPA) of LNG each.

The first phase of Costa Azul is designed to have one liquefaction train that can produce about 2.4 MTPA or 0.32 billion cubic feet per day (bcfd) of natural gas.

Sempra has said Costa Azul could make its first LNG deliveries in 2023. The project will be built at the existing Costa Azul LNG import plant, which entered service in 2008 and has the capacity to regasify up to 1 bcfd.

At Port Arthur, Sempra said Port Arthur LNG is working on agreements with units of Saudi Arabian Oil Co (Aramco) for the purchase of 5 MTPA of LNG and a 25% equity investment in the project, and with Polish Oil & Gas Co (PGNiG) to buy 2 MTPA of LNG.

The initial phase of the Port Arthur project is expected to include two liquefaction trains that can export about 11 MTPA of LNG.

Sempra has said it has a goal of developing projects capable of delivering 45 MTPA of LNG to the world. 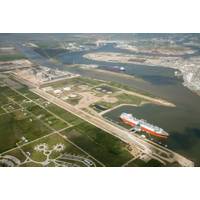