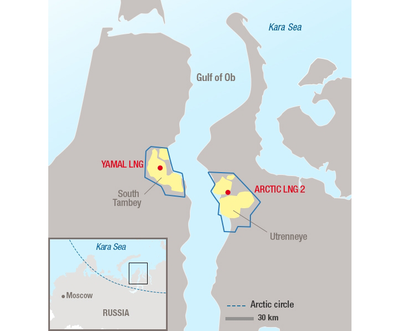 Russia's energy ministry said on Monday that Japan's Mitsubishi Corp has expressed interest in participation in the Arctic LNG 2 project, which is due to start producing liquefied natural gas in the next decade.

Energy ministry officials have met representatives from Mitsubishi, the ministry said without elaborating.

Last month two sources said that Mitsui, Saudi Aramco and the Russian Direct Investment Fund were in talks with Novatek (NVTK.ME) over taking stakes in the project, which should bring the Russian gas company closer to its goal of producing as much LNG as Qatar, one of the world's top suppliers.