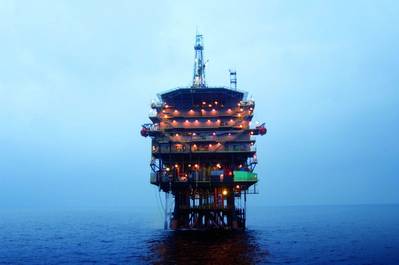 Spanish oil and gas firm Repsol beat forecasts with a 7.5 percent increase in fourth-quarter adjusted net profit on Thursday, boosted by higher oil and gas prices and increased production, and said its strategic plan was on track.

Repsol started new projects in Algeria, Trinidad and Tobago, Britain, Peru and Malaysia during 2018, and benefited in October-December from an annual rise in prices and lower exploration costs.

The company said it was on track to deliver its 2018-2020 strategic objectives, which include 15 billion euros ($17.1 billion) in spending, cutting debt and investing in renewables.

The company had provided a forecast, based on analysts' projections, of 601 million euros.

Brent crude is currently trading around $66 a barrel, off last year's highs but well above the $50 on which Repsol's targets are based.

The realization price for a barrel of oil was $60.4 in the fourth quarter compared with $56.6 the year before, Repsol said, while gas prices also rose.

Long a headache for Repsol, total net debt on its books has now fallen from 6.27 billion euros at the end of 2017.

Buying the electricity assets from fellow Spanish firm Viesgo was part of a bid among refiners across the world to lower carbon emissions and help meet U.N.-backed goals to limit global warming.