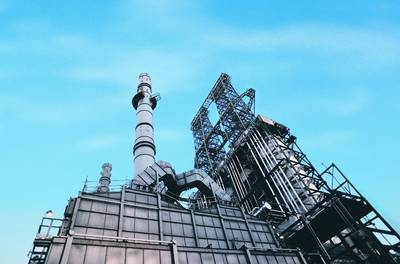 The standoff between Russia and the West over Ukraine has increased Europe's quest for alternative suppliers of oil and gas and Canada's exports to Europe have already started to pick up in the last few months.

In September, oil sands giant Suncor exported its first-ever cargo of Western Canadian crude to Europe, although since then crude price differentials have narrowed and Suncor said future shipments would depend on whether the economics were favourable.

A recent EU decision to scrap a plan to label Canadian tar sands oil as highly polluting has helped pave the way for more Canadian exports to Europe.

Quebec hopes the development of new projects will allow it to start exports of oils sands from 2017 and liquefied natural gas (LNG) from 2018.

"People don't want to be stuck with the Russians any more. So I think that there are some possibilities to export to Europe," Quebec's minister of energy and natural resources Pierre Arcand said in an interview on Monday.

Key Projects
Exports of oil sands will rely on regulatory approval of the C$12 billion ($10.8 billion) Energy East project, an ambitious plan that involves construction of the largest, longest and most expensive pipeline ever proposed in the country.

TransCanada Corp's Energy East targets shipment of oil sands crude from the west of the country to eastern refineries in Quebec and Atlantic export ports.

Quebec will probably decide whether to support the project in the fall of 2015, Arcand said.

"We are making our own study. First of all we have to make sure that there is some economic benefit to it," Arcand said.

He also highlighted some environmental issues that need to be dealt with and concerns that TransCanada is planning to switch gas pipelines to ship oil.

"We want to make sure that we will have for the next few years reasonable access to gas pipelines. So we have asked Transcanada to build some extra pipelines for the gas," the minister said.

Arcand, who is in charge of developing the natural resources industry in the Plan Nord, an area in North Quebec roughly five times as big as UK territory, also hopes to see LNG exports once domestic gas demand is satisfied.

GNL Quebec, a company backing a C$7 billion ($6.23 billion) liquefied natural gas facility in Quebec, said last week that it has asked Canada's energy regulator for permission to export as much as 11 million tonnes of LNG per year from a proposed liquefaction plant in Saguenay, Quebec.

"If we have enough LNG then we can export that anywhere where is needed. I know that some countries have shown some interest."