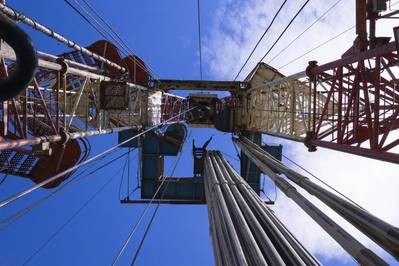 The acquisition, which has an enterprise value of about C$4 billion, makes Precision the third-largest driller in the United States with more than 200 active rigs and 322 rigs in total, said the companies, both based in the Canadian province of Alberta.

"We'll have strong coverage in other U.S. shale plays and in the Permian," said Precision Chief Financial Officer Carey Ford on a call with analysts.

Precision expects the deal, which was unanimously approved by Trinidad's board, to save it more than C$30 million per year.

Those differentials have left Canadian oil-producing companies trailing their U.S. peers and kept them cautious about spending. Trinidad has lost money since 2015.

"[It's] positive to see continued consolidation in the land rig space," analysts at Capital One Securities Inc wrote in a note on Friday.

The deal comes a few months after Independence Contract Drilling and Sidewinder Drilling merged their businesses, and Weatherford International (WFT) sold a portion of its land rigs in the Middle East to ADES International.

Excluding debt, the deal is valued at C$551 million and is expected to close in late-2018.

Shares of Trinidad were up 6 percent at C$1.95 on the Toronto Stock Exchange, while Precision's shares were down about 1.6 percent and Ensign's were off nearly 7 percent in afternoon trading on Friday.

(Reporting by John Benny in Bengaluru; additional reporting by Liz Hampton in Houston Editing by Shailesh Kuber and Sriraj Kalluvila)