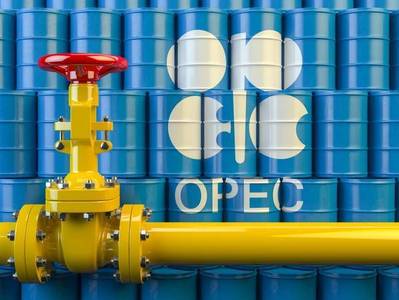 OPEC and allies such as Russia meet on Wednesday to decide oil output policy from August amid broad market expectations the group will ease supply curbs as the global economy slowly recovers from the coronavirus pandemic.

The Organization of the Petroleum Exporting Countries and allies, known as OPEC+, have been cutting output since May by 9.7 million barrels per day, or 10% of global supply, after the virus destroyed a third of global demand.

After July, the cuts are due to taper to 7.7 million bpd until December. A panel involving key ministers and known as the Joint Ministerial Monitoring Committee (JMMC) meets on Wednesday after 12 GMT to recommend the next level of cuts.

Five OPEC+ sources have said no recommendations have been made to prolong record cuts into August.

OPEC's secretary-general Mohammad Barkindo said this week the oil market was getting closer to balance.

On Tuesday, OPEC said it saw demand recovering by 7 million bpd in 2021 after falling by 9 million this year.

Oil prices have recovered to almost $43 a barrel from a 21-year low below $16 in April. The recovery in prices have allowed some U.S. producers to resume suspended production, a sign that is set to weigh on OPEC's decision on Wednesday.

The real production increase from August could be less than 2 million bpd given Iraq, Nigeria and Angola promised to over-comply to make up for high output in May-June.

Saudi Arabia's oil exports in August will remain the same as in July as the extra barrels the kingdom is set to pump will be used domestically, industry sources told Reuters. ,