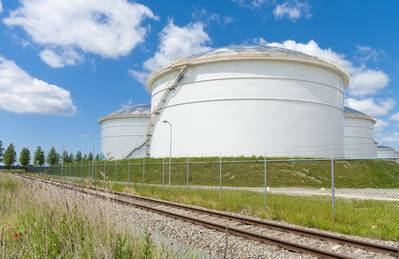 On Wednesday, prices sank when the U.S. government reported that in the prior week, total U.S. inventories rose 3.8 million barrels, while supplies at Cushing fell 1.3 million barrels.

"There's an expectation that the build from this week will be gone next week," said Phil Flynn, an analyst at Price Futures Group in Chicago. Additionally, he said, U.S. monthly figures for production fell in May, suggesting output may be curbed later in the year.

Futures reversed course after falling early in the session on concerns about oversupply.

Saudi Arabia, Russia, Kuwait and the United Arab Emirates have increased production, as agreed at a meeting in June, to help to compensate for an anticipated shortfall in Iranian crude supplies once U.S. sanctions take effect.

The Organization of the Petroleum Exporting Countries and partners including Russia had agreed in late 2016 to cut output by 1.8 million barrels per day to rebalance supply and demand.

"Oil is holding up reasonably well ... A lot of this is the risk premium priced in for Iran and when do we start seeing an impact on supply there," ING commodities strategist Warren Patterson said.

"At the moment, there is a mismatch in timing, where there is increasing OPEC supply and yet we're not seeing a significant reduction in Iranian supply," Patterson said.

The United States believes Iran is preparing to carry out a major exercise in the Gulf in coming days, apparently moving up the timing of annual drills amid heightened tensions with Washington, U.S. officials told Reuters on Wednesday.

U.S. President Donald Trump's decision to pull out of an international nuclear deal and reimpose sanctions on Iran has angered Tehran. Iranian officials have warned their country would not easily yield to a renewed U.S. campaign to strangle oil exports.

"There are a lot of escalation points that could occur very quickly and that worries me," Jonathan Barratt, chief investment officer at Ayers Alliance in Sydney, said.

Worries about the possible loss of Iranian supply are being somewhat offset by concerns that global trade tensions could slow economic growth and crimp energy demand.

Trump has turned up pressure on China for trade concessions by proposing a higher 25 percent tariff on $200 billion of Chinese imports. China has said it will retaliate.

"It is almost certain that China will impose additional duties on oil and refined products imported from the U.S. if the Trump administration implements additional tariffs on the next tranche of Chinese goods. This could severely dent the competitiveness of U.S. oil and derivatives in the Chinese market," said Abhishek Kumar, senior energy analyst at Interfax Energy.