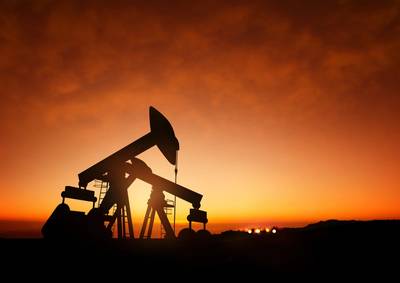 Both oil futures contracts hit their highest since November 2014 last week at $78 and $71.89 a barrel respectively as markets anticipated a sharp fall in Iranian crude supply once U.S. sanctions bite later this year.

It is unclear how hard U.S. sanctions will hit Iran's oil industry. A lot will depend on how other major oil consumers respond to Washington's action against Tehran, which will take effect in November.

China, France, Russia, Britain, Germany and Iran all remain in the nuclear accord that placed controls on Iran's nuclear programme and led to a relaxation of economic sanctions against Iran and companies doing business there.

Some oil analysts have said they expect Iranian crude exports to fall by as little as 200,000 barrels per day (bpd), while others put the figure closer to 1 million bpd.

"In 2012 the reduction in Iranian crude production and exports was around 1 million bpd," Wittner said. "This time around, we expect much less of an impact."

Greg McKenna, chief market strategist at futures brokerage AxiTrader, says it is still "far from certain" that sanctions "will bite in the way intended".

"Germany has said it will protect its companies from U.S. sanctions, Iran has said French oil giant Total has yet to pull out of its fields and all the while it seems the Chinese are ready to fill the void created by the U.S."

The surge in oil prices comes at a time of tight supply amid record Asian demand and voluntary output restraint by the Organization of the Petroleum Exporting Countries and non-OPEC producers including Russia.

On Monday, however, markets were held in check by news of a rise in U.S. drilling for new oil production.

U.S. drillers added 10 oil rigs in the week to May 11, bringing the total to 844, the highest level since March 2015, energy services firm Baker Hughes said on Friday.