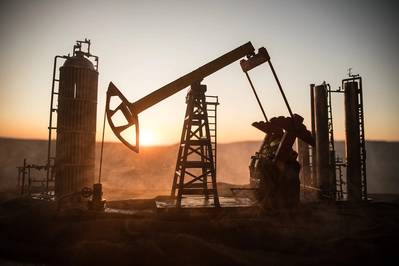 Oil steadied on Tuesday, as expections of output cuts from OPEC and allied producers brought prices back up after they slid briefly following comments from U.S. President Donald Trump that a trade deal with China may be delayed.

"I have no deadline, no," Trump told reporters in London, where he was due to attend a meeting of NATO leaders. "In some ways, I like the idea of waiting until after the election for the China deal."

The Organization of the Petroleum Exporting Countries (OPEC) and its allies, known as OPEC+, are discussing a plan to increase an existing supply cut of 1.2 million barrels per day (bpd) by a further 400,000 bpd and extend the pact until June, two sources familiar with the matter said.

Saudi Arabia is pushing the plan to deliver a positive surprise to the market before the initial public offering of state-owned Saudi Aramco, the sources said.

Russian Energy Minister Alexander Novak on Tuesday said he expected this week's meeting to be constructive but added that Moscow had yet to finalize its position.

Vagit Alekperov, CEO of Russia's second-biggest oil producer, Lukoil, said it would not be expedient to deepen production cuts in the winter, especially for Russia.

Goldman Sachs on Monday said OPEC+ is likely to extend output curbs through June but expects the "uneventful" three-month extension to provide little support to prices.

The factors behind this view included a large increase in production from legacy non-OPEC projects and an as yet uncertain outlook for demand growth, it added.

JPMorgan said in a note on Tuesday that it expects OPEC+ to agree to deepen the production cut to 1.5 million bpd until the end of 2020.

OPEC ministers meet in Vienna on Thursday and the broader OPEC+ group gathers on Friday.

While OPEC may cut output, U.S. producers have been happy to meet any market shortfalls with record-setting output. Growth into 2020 could range between 100,000 bpd and 1 million bpd.

U.S. crude oil inventories likely declined by 1.8 million barrels last week, according to six analysts polled by Reuters. Industry data is expected to be released at 4:30 p.m. EST (2130 GMT) on Tuesday, while government data is due on Wednesday.

"Ongoing concerns over the global economy and the U.S.-China trade war continue to weigh on prices but U.S. crude inventories are expected to have declined last week which may lend some support," Phil Flynn, analyst at Price Futures Group in Chicago, said in a note.

(By Stephanie Kelly, Additional reporting by Ahmad Ghaddar in London and Aaron Sheldrick in Tokyo Editing by David Gregorio and Alexander Smith)