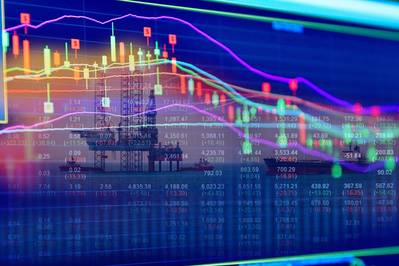 Oil's slide accelerated on Tuesday, with U.S. futures suffering their steepest one-day loss in more than three years due to ongoing worries about weakening global demand and oversupply.

U.S. futures closed down 7.1 percent, for a record 12th straight decline and the lowest since November 2017. More than 980,000 contracts changed hands, as funds shed positions.

"It's like a run on the bank," said Phil Flynn, analyst at Price Futures Group in Chicago. "It's getting to the point where it doesn't seem to be about fundamentals anymore, but a total collapse in price."

Traders said the selling was an extension of Monday's, which was triggered after U.S. President Donald Trump posted a tweet meant to put pressure on the Organization of the Petroleum Exporting Countries not to cut supply to prop up prices.

Trump's tweet followed weekend reports that Saudi Arabia was considering a production cut at the December OPEC meeting, on increased alarm that supply has started to outpace consumption.

Speculators have pulled back on heavy bets on an oil rally, a process that continued Tuesday, traders said. As of last week, hedge funds and other money managers had reduced their long position in oil contracts to their lowest since August 2017.

Traders said that recent weakness in equities has fanned concerns about global growth, which is also contributing to declines in oil.

U.S. crude futures settled down $4.24 a barrel, or 7.1 percent, to $55.69 a barrel. It was the largest one-day percentage decline for the contract since September 2015. U.S. crude has lost 28 percent since its early October peak.

Brent ended down $4.65, or 6.6 percent, to $65.47 a barrel, the largest one-day loss since July. Brent has lost 25 percent since peaking at a four-year high in early October. It now sits at levels not seen since March.

Saudi Energy Minister Khalid al-Falih said on Monday that OPEC agreed there was a need to cut oil supply next year by around 1 million barrels per day from October levels to prevent oversupply.

Even as the Saudis have promised to reduce output, U.S. production reached 11.6 million bpd in the most recent week, a new record. Russia has given mixed signals about a cut, with Lukoil Chief Executive Vagit Alekperov saying on Monday that he did not see cuts being necessary.

"They can't make up their minds on a cutback or not," said Bob Yawger, director of energy futures at Mizuho. "These strange bedfellows no longer seem like they're in the same bed anymore."