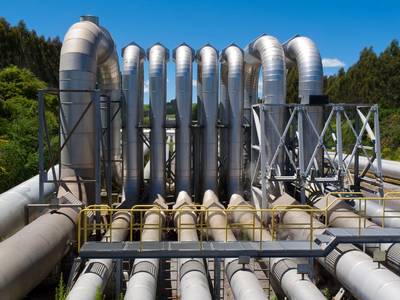 Oil prices slipped on Friday as concerns over the impact of a global trade war depressed sentiment, although impending U.S. sanctions on Iran and falling Venezuelan output limited losses.

U.S. President Donald Trump threatened on Thursday to withdraw from the World Trade Organization, his latest salvo in a deepening dispute between the United States and its major trading partners.

Economists worry that rising trade barriers between the world's major economies will drag on global growth and erode energy demand.

"You have to wonder if it (crude) can sustain these prices in a world where President Trump doubles down on his battle with the EU and China at the same time," said Greg McKenna, chief market strategist at futures brokerage AxiTrader.

Trump is prepared to ramp up a dispute with China and has told aides he is ready to impose tariffs on $200 billion more Chinese imports as early as next week, Bloomberg reported on Thursday.

Oil analysts cut their price forecasts for 2018 for the first time in almost a year in August, as concerns about the impact of the global trade war deepen, a Reuters poll shows.

However, oil markets are tightening with a recent surplus draining, trade figures show.

The volume of unsold crude stored in the Atlantic basin has dwindled from around 30 cargoes to just a handful in recent weeks, a Reuters analysis showed.

Brent is on track for a rise of more than 4 percent in August with U.S. light crude gaining 2 percent.

Investors are worried that, with Venezuelan supply falling sharply, Iranian crude supply will be cut sharply ahead of the imposition of U.S. sanctions on Tehran in November.

"The November deadline to comply with the U.S. demands for an Iran oil embargo is moving closer, and in anticipation, buyers seemingly have begun reducing their purchases," said Norbert Ruecker, commodity analyst at Swiss bank Julius Baer.

Reporting by Christopher Johnson in London and Henning Gloystein in Singapore