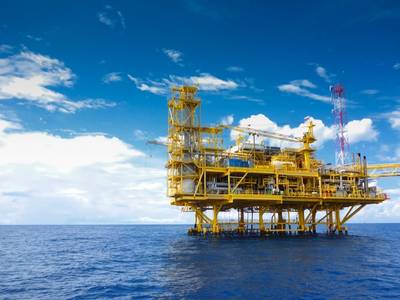 Oil rose nearly 2 percent on Tuesday as attention centered on geopolitical factors tightening supplies that are leading to falling exports from Venezuela and declining U.S. inventories.

Despite concerns about weaker demand due to an economic slowdown, oil prices have risen more than 25 percent this year, supported by supply curbs by the Organization of the Petroleum Exporting Countries plus allies, and losses due to U.S. sanctions on Iran and Venezuela.

Venezuela's main oil export port of Jose and its four crude upgraders have been unable to resume operations following a massive power blackout on Monday, the second in a month, according to industry workers and a union leader close to the facilities.

"There is no electricity, everything is paralyzed," oil workers' union leader Jose Bodas told Reuters on Tuesday.

The blackout earlier this month, due to years of underinvestment and lack of maintenance, also interrupted oil exports at Jose, the lifeblood of the OPEC nation's economy, eroding total export volumes and causing delays in loading and discharging oil.

"We're seeing increasing attention paid to what is going on in Venezuela and to the effect of sanctions," said Gene McGillian, director of market research at Tradition Energy.

"Buyers are driving price higher due to expectations that tightening of waivers on U.S. sanctions on Iran will create a tighter fundamental picture," he said.

U.S. crude inventories were forecast to have fallen last week by 1.2 million barrels in what would be a third straight weekly decline. Gasoline stockpiles were also expected to draw down for a sixth week in a row. Industry data from the American Petroleum Institute is due at 4:30 p.m. EDT (2030 GMT), followed by the government's report on Wednesday.

Worries about demand have limited oil's rally as manufacturing data from Asia, Europe and the United States pointed to an economic slowdown, although bullish bets by some investors are rising.

"So far, demand concerns have not proven too much of a headwind," analysts at JBC Energy wrote.

Investor concern over the global economy had intensified on Friday after disappointing German and U.S. factory data led to an inversion of the U.S. Treasury yield curve, which some see as a leading indicator of recession.

"Recession risks have risen to the highest since 2008," said Ole Hansen, head of commodity strategy at Saxo Bank.