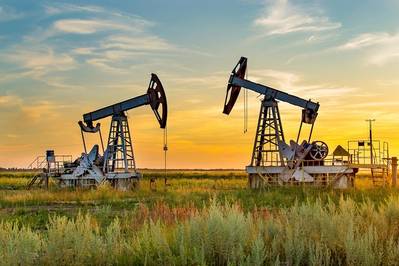 Oil rose to above $57 a barrel on Friday after China said it would hold trade talks with the United States and a survey showed China's services sector expanded in December, while signs of lower crude supply also lent support.

The Organization of the Petroleum Exporting Countries cut crude output in December, a Reuters survey showed, and the American Petroleum Institute (API) reported a 4.5 million-barrel drop in crude inventories.

Both oil benchmarks are on track for solid gains in the first week of 2019 trading despite rising concerns that the China-U.S. trade war will lead to a global economic slowdown.

But in comments that helped oil to rally, China's commerce ministry said it would hold vice-ministerial trade talks with U.S. counterparts in Beijing on Jan. 7-8.

The two nations have been locked in a trade war for much of the past year, disrupting the flow of hundreds of billions of dollars worth of goods and raising concern of slowing growth.

Despite the demand-side worries, oil has received some support as supply cuts announced by the global coalition of producers known as OPEC+ kick in.

The focus now will be on whether producers deliver further curbs in January to implement the deal fully. Iraq, a laggard in reducing production in the last OPEC cutback, said on Friday it would stick to the new accord.

"The market is likely to take some comfort from the fact that crude oil production from the OPEC+ will continue to drop," said Ole Hansen of Saxo Bank.

"Sentiment, however, is weak with (U.S. President Donald) Trump's trade war with China a major hurdle."