The lack of a clear leader or "anchor" in the global oil market is fueling uncertainty and leading to sharp swings in crude prices, but this uncertainty is unlikely to continue for long, a senior Saudi oil adviser said.

The comments by Ibrahim al-Muhanna suggest that Saudi Arabia and the rest of OPEC understand that they are unable to manage the oil market alone for the time being, and would like to see some kind of collective mechanism to reduce the current instability in the market.

"In the current circumstances, the international oil market could continue in an unstable situation, where there is a lot of uncertainty with the lack of a market anchor," Muhanna, an adviser to the Saudi oil minister, told a closed-door energy event in Kuwait on Wednesday. His comments were released publicly on Friday.

"In the end, this means the inability of investors to find a suitable price in the market currently and in future," he said in the speech. "This is an unnatural situation and it is difficult to see it continuing."

Top oil exporter and OPEC heavyweight Saudi Arabia was the driving force behind OPEC's landmark decision, at its meeting in November 2014, not to cut oil output to support prices, and instead seek to defend market share.

The decision, which is a shift from OPEC's traditional role of reducing production to prop up prices, has along with a supply glut helped trigger a sharp drop in crude prices in the last year.

The message from Riyadh has been clear: the kingdom is no longer willing to shoulder the burden of reducing production alone and if others want better prices, they should take on their share of output cuts.

Gulf oil sources see no sign of Saudi Arabia wavering in its long-term strategy, particularly when other OPEC members such as Iraq are raising production and Iran is gearing up to boost exports by next year. Non-OPEC producers including Russia have refused to cooperate with OPEC in cutting output.

Muhanna referred in his speech to the need for greater international cooperation to reduce speculation and support a healthy oil market, which "should not only be limited to OPEC and other producing countries but also include the other main energy consumers," he said.

Muhanna did not describe in detail how such a structure would work or say how likely it was to be established.

Muhanna said global demand for oil was expected to rise by at least 1 million barrels per day every year, driven mainly by economic growth in Asia, Africa and Latin America, and the world's oil consumption would reach about 105 million bpd by 2025.

He also said the current persistent oil supply glut and instability of prices "is a temporary situation that will not last for long".

A U.S. Energy Information Administration report on Tuesday predicted global oil demand for 2016 would rise by the fastest rate in six years, suggesting the crude surplus that has pushed prices down about 50 percent since June last year is easing faster than expected.

OPEC's Secretary-General Abdullah al-Badri said on Tuesday that the oil exporter group should work together with producers outside OPEC to tackle the oil surplus in the global market. 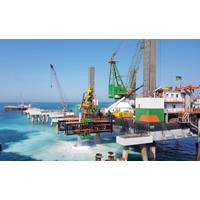 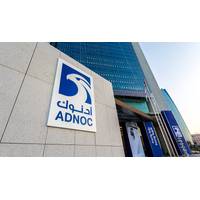