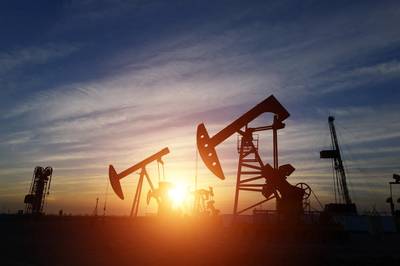 Oil prices jumped more than $3 on Friday after a U.S. air strike in Baghdad ordered by President Donald Trump killed the head of Iran's elite Quds Force, sparking concerns for an escalation of regional tensions and disruption to crude supplies.

An air strike at the Baghdad Airport early on Friday killed Major-General Qassem Soleimani, the architect of Iran's spreading military influence in the Middle East and a hero among many Iranians and Shi'ites in the region.

"We expect moderate to low-level clashes to last for at least a month and likely be confined to Iraq," political risk consultancy Eurasia Group's Iran analyst Henry Rome said.

"Iran will also likely resume harassment of commercial shipping in the Gulf, and may launch military exercises to temporarily disrupt shipping," he said.

The U.S. embassy in Baghdad on Friday urged all citizens to depart Iraq immediately due to heightened tensions.

Dozens of U.S. citizens working for foreign oil companies in the Iraqi oil city of Basra were preparing to leave the country on Friday, company sources told Reuters.

All oilfields across the country were operating normally and production and exports were not affected, Iraq's Oil Ministry said in a statement. It said no other nationalities were departing.

"With further escalation remaining a distinct possibility, we could see markets retain at least some risk premium," JBC Energy, an oil and gas research firm, said in a note.

Soleimani's Quds Force and its paramilitary proxies in Iraq, Lebanon and Yemen have ample means to mount a multi-pronged response.

The Trump administration did not respond beyond heated rhetoric and threats.

Meanwhile, Russia has halted oil supplies to refineries in Belarus amid a contract dispute that is also threatening large Russian oil deliveries to Western Europe crossing the country.

Oil prices were also lifted by China's central bank saying on Wednesday it was cutting the amount of cash that banks must hold in reserve, releasing around 800 billion yuan ($115 billion) in funds to shore up the slowing economy.